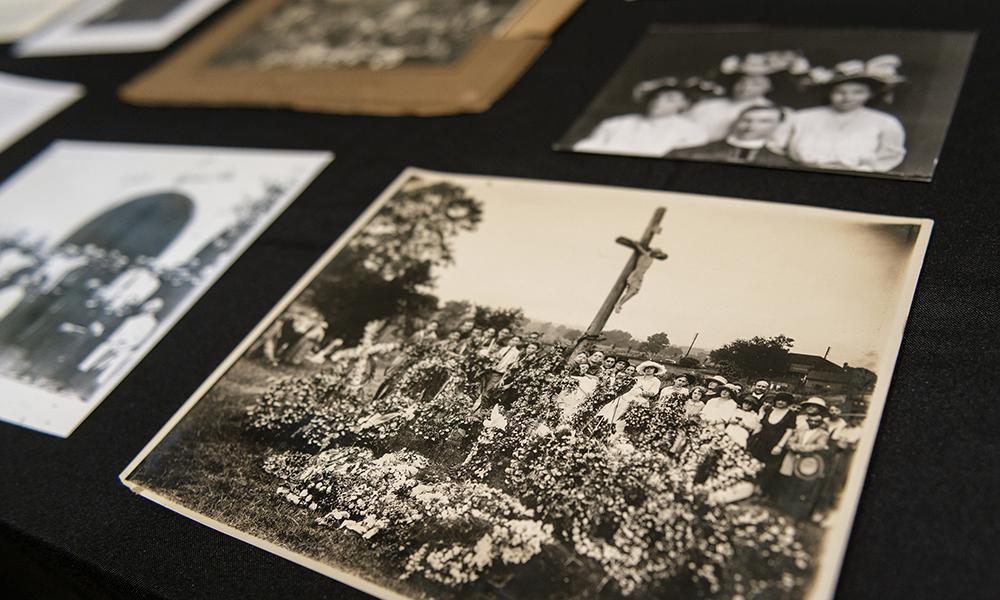 A distinguished, painted portrait of a priest adorned the altar of the Cathedral of St. Paul on Wednesday, Aug. 11. The Solemn Mass for the preservation of peace and justice marked the 100th anniversary of the murder of the priest in the portrait, Father James E. Coyle. Bishop Steven Raica celebrated the Mass and Archbishop Thomas Rodi of Mobile concelebrated.

Father Coyle was a devout priest murdered by Methodist minister and Klansman Edwin Stephenson for marrying Stephenson's daughter to a "dark-skinned" Puerto Rican.

At the beginning of Mass, Bishop Raica spoke of Father Coyle's legacy: "His ultimate witness reminds us that violence is never a solution to disagreements. Love must overcome hate and apathy."

The bishop began his homily mentioning Father Coyle's impact. "Since my own arrival here in Birmingham a little over a year ago now, I am learning more and more how Father James Coyle, pastor here at St Paul’s was such a towering figure, both spiritually and morally. The impact he had here in this local community and beyond was and is immense."

Noting Birmingham's civil rights history, Bishop Raica observed how the murder of Father Coyle and subsequent events of the 20th century were due to "hatred fueled by distrust of Catholics, [and] ethnic and racial prejudices." As a result, he said, the conversation has moved to "a deeper understanding of the anthropology of the human person as one who bore a divine image and likeness of God, and not merely as a reduction to one’s color, ethnicity, religion, or other superficial characteristic." He continued, "With eyes wide open, we see in each other the common ground that we are cherished sons and daughters of God bearing inestimable dignity and worth."

Bishop Raica stated there were many unanswered questions surrounding the death of Father Coyle, but he was certain of the power of Father Coyle's sacrifice.

"Father Coyle’s final written words remain immortalized in the minds of many to this day: 'Give. Give till it hurts. Then and only then is there sacrifice.' Perhaps, his sacrifice emulated that of Christ’s – who gave His entire life for us... We are called to a holiness of life – a human life that is fulfilled and complete with Christ at its core since each of us has, in our baptism, 'put on Christ.'” Father Coyle’s legacy is that he lived his word. Our Lord reminds us through St John’s Gospel: “Greater love no one has than to lay down his life for his friends" (Jn 15:13). He did so. His challenge to each of us is to make our lives holy by more than our thoughts but by our very lives."

Reminding those present to honor Father Coyle's legacy, Bishop Raica concluded: "See in each other the divine spark that enables us to see Christ in each other ... give from our substance so that the Kingdom of God may be visible among us. Thus, we become part of a great human family, who are truly brothers and sisters all."