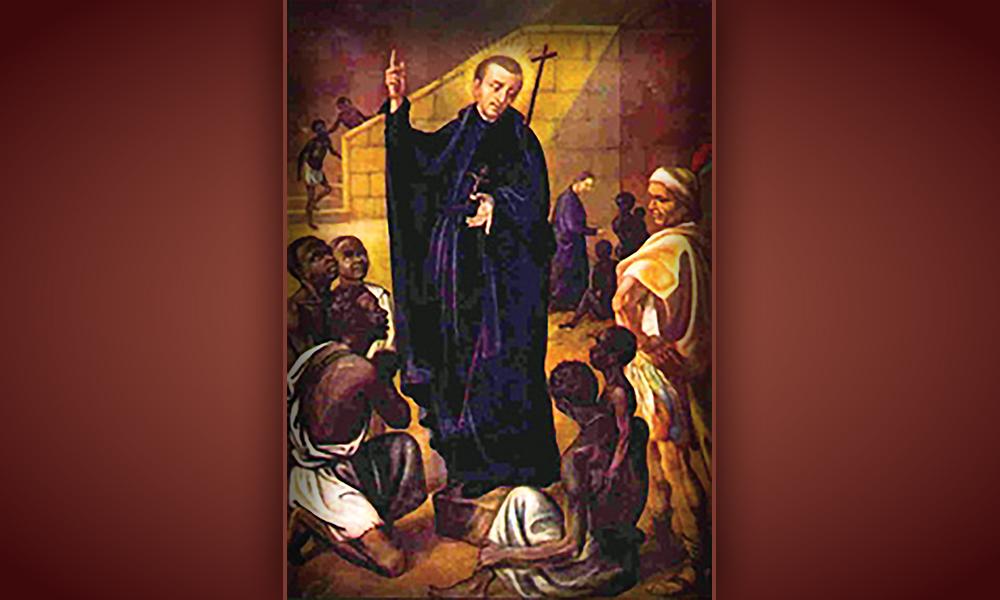 The lives of holy men and women witness that with God, we must always expect the unexpected — we must be soft clay in the hands of the Lord, confidently trusting in the goodness of His will. The life of St. Peter Claver is no exception.

Peter Claver was born in Catalonia, Spain, in the year 1581. At the age of 20, he entered the Jesuit novitiate and shortly after began to study philosophy. Then something unexpected happened.

Alphonsus Rodriguez, a holy man and the doorkeeper of the college where Peter studied, began to urge Peter to be a missionary in the Americas. Although this was a different path than Peter had in mind, he listened to the voice of God speaking through this saintly doorkeeper.

As a result, this unexpected calling ended up being his life’s work. In 1610, Peter went to Cartagena, Colombia — a hub of African slave trade at the time. Upon his arrival, Peter began to beg for food and then feed and care for the slaves as they were brought to Cartagena on ships. The slaves were in much need of this care as they were treated brutally and lived in unclean conditions on the ships. He let them know that he was there to serve them and help them.

Peter did what he could for the African slaves, and often urged the slave owners to treat them well. Peter even referred to himself as a slave to the slaves in Cartagena — a testimony to his love for and dedication to them.

In addition to caring for slaves, he also ministered to the native people of Cartagena. It is estimated that about 300,000 people were catechized and baptized by St. Peter Claver during his time in Cartagena. By the end of his life, he had made a tremendous impact on the city.

Though he did not have much support and faced backlash during his time in Colombia, St. Peter Claver persisted in the cause of upholding the dignity of these African men and women. Despite the tough road he traveled, his obedience to the will of God brought many people to the faith, all because he had been open to the unexpected call of the Lord.