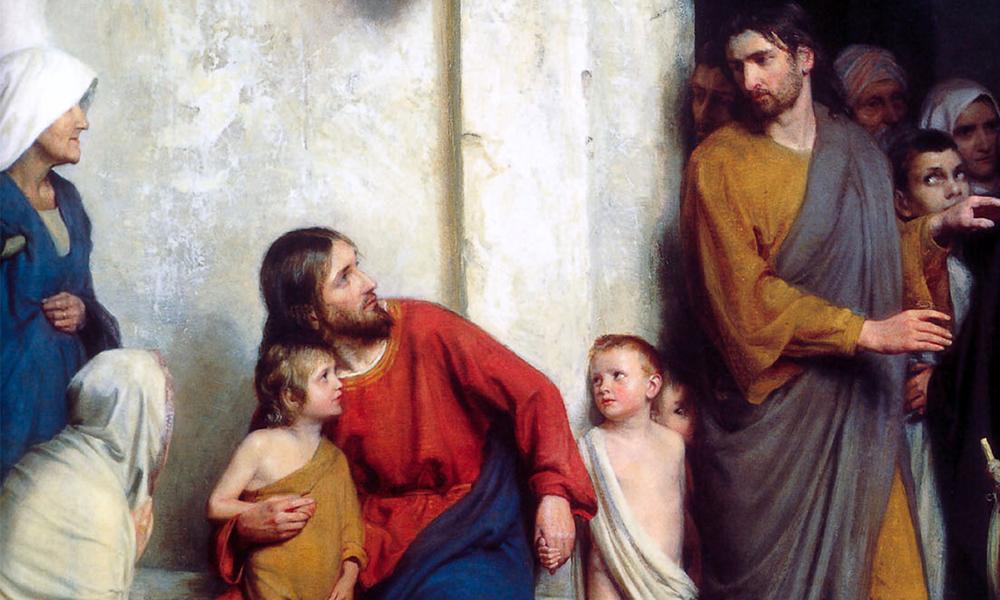 Called to Be a Person ‘Without Wax’

My sisters and brothers,

We have interesting and curious readings today that challenge us.

The first reading from Wisdom begins: “The wicked say: Let us beset the just one, because he is obnoxious to us; he sets himself against our doings, reproaches us for transgressions of the law and charges us with violations of our training. Let us see whether his words be true; let us find out what will happen to him.”

The second reading from the Letter of St. James records: “Beloved: Where jealousy and selfish ambition exist, there is disorder and every foul practice.”

The Gospel allows us to eavesdrop on the Apostles talking to themselves behind the back of Jesus about “Who was the greatest?” of the Apostles immediately after Jesus was trying to explain that in the process of salvation, He will be “handed over to men and they will kill him,” and three days after His death “the Son of Man will rise.”  It went right over their heads as they were more concerned about more mundane ambitions for greatness. They wondered, “Who’s going to be the greatest among them?”

Taken together these three passages help us with an examination of conscience that focuses our attention on our motives and responses to being a disciple of Jesus. Is it one that mirrors the world or is it something different? In fact, we notice immediately that it notably differs from most metrics for human success and achievement that we readily accept as normative.

If we can take a bit of a deeper dive into each of these readings, perhaps we can find a word or two that the Lord is speaking to us today.

First, we all know that being a Christian, an upright Christian today, following the way of Christ is sometimes viewed as antiquated and backward. Our commitment to life from conception to natural death, our Lord’s teaching on marriage, and our understanding of family, for instance, put us at odds with many today. With the declining belief in God, especially among our young people, a product of uncertainty, ignoring the wonder of reality before us that can provoke deep questions, we exclude any consideration from this important font for our education and formation as a whole person. Furthermore, the general lack of moral coherence among believers, contributes to the belief today that somehow, a person of faith should be excluded from a variety of public conversations since they are out of touch. So, in some areas, Christians are targeted and not even permitted a voice. They are viewed as a kind of hostile force in society that must be regulated and controlled, silenced and canceled – lest the way of Christ be embraced over and against the powers that be. Those who truly live our faith are a “sign of contradiction.”

Second, over the years we have watched with dismay how jealousy and self-ambition can create disorder and corruption in our civic communities and even within religion. Sin always creates disorder and chaos. As such, we increasingly don’t trust those we elect to lead us or those to serve us in ministry. The results of this lack of trust are disruption in the pursuit of the common good and a society that shuns the deeper coherence of Christ. We have witnessed this so much today that it is notably difficult to live a coherent life – one that is full of mercy and one that lives and cultivates peace. And, yet, as Christians, we must! There is no other way.

Third, the question discussed by the Apostles, “Who is the greatest?” seems to be woven in the fabric of our culture. Of course, we like a good game – the prestige of our favorite university is at stake (Alabama or Auburn?) – especially the trophies and praise that follow - being identified and lauded as “the best.” We like getting the gold at Olympics, we relish medals in competition, “A’s” or “4.0” on our tests. We like those who succeed. Accomplishment and achievement are grounded in our lives. It is not always a bad thing to use our talents and gifts to give praise and honor to God. The question - “Who’s the greatest among us?”- the apostles asked themselves in the context of the Gospel appears to be completely tone deaf. He would shift the paradigm of ministry: by taking a child, “putting His arms around it, He said to them, ‘Whoever receives one child such as this in My name, receives Me, and whoever receives Me, receives not Me but the One who sent Me.’” In other words, not only a child, but how do we welcome those who are not the most successful and accomplished: those who live in the peripheries of life – unnoticed, unlovable, those not powerful in earthly terms, those who’ve fallen and need mercy, those who are outcast. They are part of God’s family, too!

It is a challenge for each of us to look inside and see what needs to be purged, what needs to be cleaned out, what needs to be re-ordered because there is a disarray. A dis-order in our lives that we call sin that doesn’t see like God sees or loves like God loves. Jesus gives us this example that should become the source of our examination of conscience.

Perhaps I can leave you an image that may not be perfect, but it does help us. The second reading spoke about being “pure, peaceable, gentle, compliant, full of mercy and good fruits, without inconstancy or insincerity.” They are all noble and radiant qualities! The word that jumps out to me is “without … insincerity.” In other words, “sincere.” The root of this word is a combination form of two Latin words – “sine” and “cera.” “Sine” means “without.” “Cera” means “wax.”  So – something “without wax.” What does this mean? Well, if you were going to buy a marble statue, back in the days when they were more commonly produced and sculpted from the marble quarry, you would ask the sculptor for a statue that was “sincere” – i.e., “without wax.”  A statue “without wax” was one that didn’t have flaws or crevasses. Obviously, they were more valuable. For the unsuspecting, however, the flaws could be covered up with “wax” and look amazing. You think you got quite a deal. But when the heat of the day comes, what you thought was something perfect and complete, would melt away revealing the flaws of the work or of the marble itself. In other words, the statue was a fraud – made from inferior material.

As Christians, we struggle not to be frauds, not to be fake, not to be co-opted by what may amuse us or attract us with shiny lights. We are made for greatness, but not because we achieved it on our own initiative, but because we belong to the One who has made us for Himself. As a follower of Christ, I am made for Him – to let His light shine through my thoughts, words, and actions. In baptism, we are told that we have “put on Christ” – and so we are a “new creation” called to a new but different way of living – one without pretension, one without self-absorption, one without ambition to greatness for its own sake. I’m called to be genuine and true – the person I am truly called to be and become. In other words, a person who’s “sincere” – “without wax”! Like a child who knows the voice of his parents, we know the voice of God who made us. Like a child, we are innocent and without guile. Like a child, we are secure in the embrace of our parents and proud of our families. Ultimately, this will be the greater witness than personal achievement.

Today, I am so grateful for the gift of life – to be a Catholic, a Christian, a child of God and a person filled with hope because I have encountered Christ who is the decisive factor in my life and who leads me beyond anything this world could ever promise – eternal life!

May God bless you!