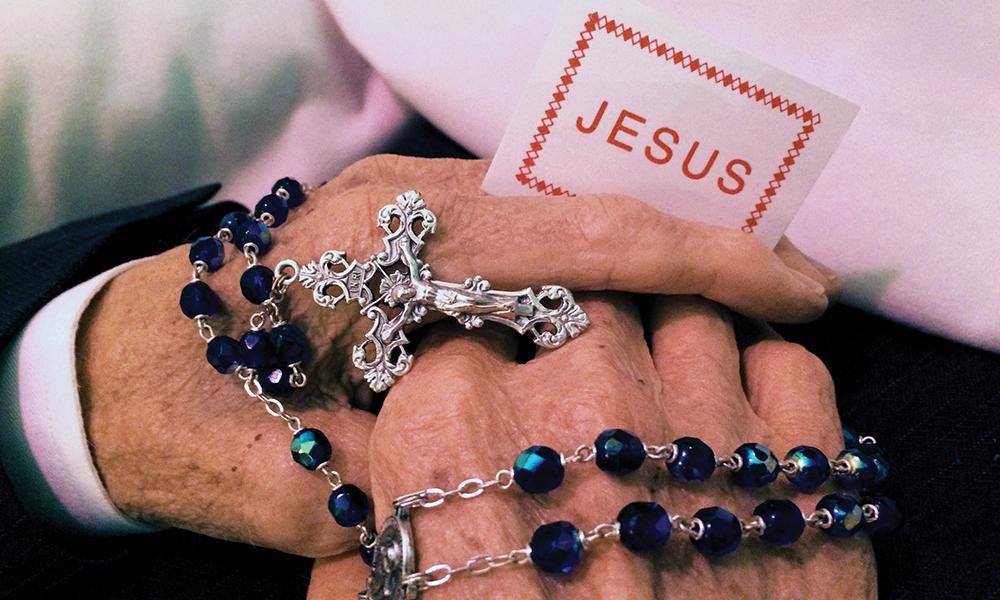 The Power of the Name

Pope St. Paul VI said in his apostolic exhortation Evangelii Nuntiandi, issued on the Solemnity of the Immaculate Conception Dec. 8 1975, “Modern man listens more willingly to witnesses than to teachers, and if he does listen to teachers, it is because they are witnesses.” (41) These words have even more power and relevance in our culture than when first written. My thoughts turn immediately not so much to the bishops, priests, and consecrated religious, but primarily to parents, religious educators in parish life, and those who witness to the Gospel of Jesus Christ in the concrete experience of daily life. Thank you for transmitting the Gospel and the saving message of the Gospel! You are the salt of the earth and the light of the world! (Mt 5:13-14) Without you, I’d imagine that many people who are reading this would not have had the Faith handed on to them.

I can clearly remember specific religious education teachers in my parishes who radiated the love of God. I might not remember the content of what they taught in class, but their example and way of life communicated something far greater. Looking back now, I can see how the Gospel transformed their lives. The Gospel was far more than teachings collected in a book we call the Bible, but the Gospel became real and lived out in how they lived. I could see how the drama of salvation was being lived out in their own personal lives, and that was attractive to me!

I believe real life stories can be effective in communicating the Gospel, so permit me to share with you an example from my own life.

My maternal grandparents were very influential in my life. I can say with sincerity that I would not be where I am without their example. They were the rock foundation of the Faith being lived out. For those of you who are grandparents, your role is completely indispensable. My grandmother prayed the Rosary every day, mentioning all 27 of her grandchildren by name, and as they came along, she started adding great-grandchildren. My grandfather, Paul Cecil Hayden, Sr., was a very friendly and engaging man. Everyone knew him, and he, in turn, knew everyone. He could meet someone at any location and, within 5 minutes, know where the person was from, their general life story, and even the people connected to that person. His ability to get real with people in front of him and to make connections always amazed me.

When I was an idealistic seminarian, my grandfather sat me down and, in his classic way, unfolded his practical method of evangelization, which has become a blueprint for my own priesthood.

My grandfather, with his typical serious look, said, “Let me tell you something.” He began by telling me that he was taking his usual evening walk throughout the neighborhood when he heard his name called. “Cecil, hey Cecil, come here.”

He walked up the driveway of his neighbor, and there, at the opening of the garage, was his neighbor sitting in a lawn chair. What would come out of this man’s mouth and the dialogue it started deeply affected my grandfather. This man said, “Cecil, I am dying.” He didn’t look in good health — even a shade of yellow. He was jaundiced. He spoke with my grandfather about his condition and how he didn’t have much time left on this earth.

My grandfather reached into his pocket and pulled out what looked like a business card. He said, “Say this name and it will bring you great comfort.” That’s all he said.

I have to mention that the “business card” was white with a red border and had one name in large red print on the top side. It read, “JESUS.” This was not the only “Jesus card” my grandfather had handed out. Whenever we received a Christmas or birthday card from our grandparents, it always had a thoughtful message, along with a check and a “Jesus card.” I don’t remember any of the messages my grandmother wrote or even the amount of the check, but I do remember the small card, which read, “JESUS.”

The next day, my grandfather went on his usual evening walk again. And, once again, he heard, “Cecil, hey Cecil, come here.” I will never forget my grandfather recounting the man’s words, “Cecil, I want to become a Catholic.” This man was a Jehovah’s Witness — he was not baptized. There was something about saying the Holy Name of Jesus that unlocked the floodgates of mercy within that man’s soul. He knew that he was lacking something.

My grandfather gave his neighbor basic catechesis on salvation and contacted a priest. Very shortly after, his dying neighbor received the sacraments: baptism, confirmation, and the Holy Eucharist.

After my grandfather told me this story — to which, I’m not doing justice — he looked me straight in the eyes and said, “And that’s evangelization.” Amen! Alleluia! If only every Catholic, including myself, would be so bold as to tell people the real solution that will bring peace and comfort: Jesus! All it took was the Holy Name of Jesus to break through this man’s soul and bring him the true medicine that no doctor on earth could provide.

My first funeral as a priest was my grandfather’s. Before the funeral Mass, a person approached me and said, “Your grandfather was known as the ‘Jesusman.’” I cannot think of a better compliment or title by which a man could be known. If I can be one-tenth of the man and evangelizer that my grandfather, Paul Cecil Hayden, Sr., was, then I will have achieved much.

Father John Paul Mary Zeller, M.F.V.A., is a member of the Franciscan Missionaries of the Eternal Word and is currently the EWTN Global Catholic Network employee chaplain. He is a Missionary of Mercy commissioned by Pope Francis in 2016 during the Extraordinary Jubilee Year of Mercy.