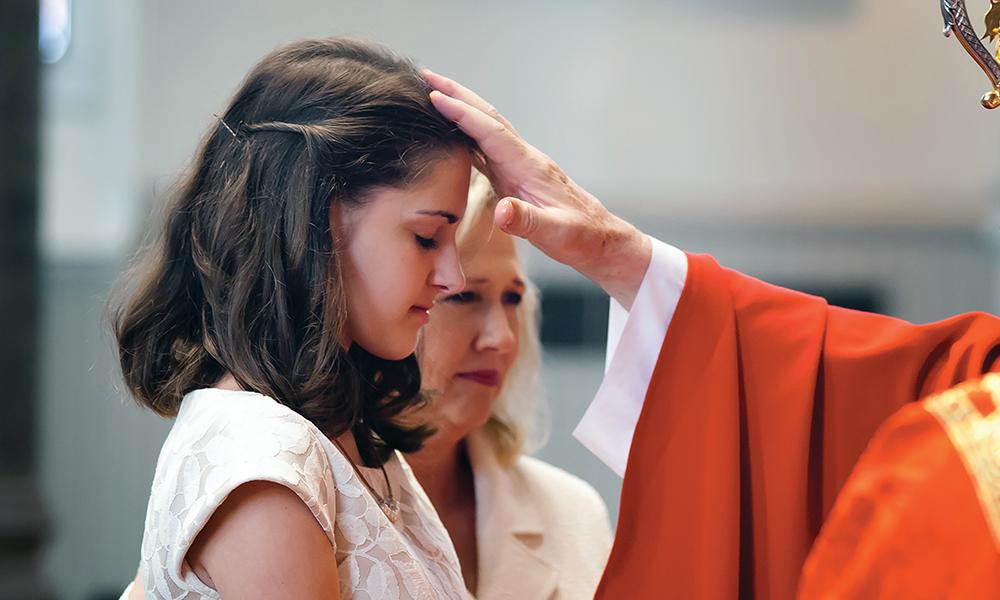 ‘Not Simply a Ritual Rite of Passage’

The Sacrament of Confirmation

A Seven-part Series on the Sacraments of the Catholic Church

It’s actually a little controversial to call it the second sacrament of initiation because many Catholics are baptized as infants, make their First Holy Communion at the age of reason, and then are confirmed as teenagers. This sequence is in some ways practical, and certainly allows for the bishop to be the minister of the sacrament of confirmation, which is most proper. Confirmation, though, is a sacrament which is meant to give the baptized person the promised gifts of the Holy Spirit, enabling them for full participation in the community of believers — giving them powers which originate in God, rather than in the human person.

Confirmation is not a “coming of age sacrament,” as it is celebrated in some mainline Protestant churches. Rather, it is a sacrament that gives grace, enabling the Christian person to act fully as a member of the Church with gifts that transform the person and transform the Church.

There are two major actions in the celebration of the sacrament of confirmation that teach us what the sacrament is accomplishing in us. The first is the laying on of hands, which is a sign used throughout the Scriptures to indicate that a person has been given an important mission by God. Every Christian is called to discern this mission and use the grace given in confirmation to faithfully put their gifts and talents at the service of the Church. The second sign is the sealing of the gifts of the Holy Spirit by the anointing with the sacred chrism. This anointing calls the person to action on behalf of the people of God, recalling the descent of the Holy Spirit on the Apostles and the Blessed Mother in the Upper Room. It was in this moment that they realized that they were a Church, not just a collection of individuals with something in common. They came to understand more profoundly the dignity and power of being a member of the Body of Christ.

This is the idea that we try to inculcate in those who are confirmed. It is not simply a ritual rite of passage, but this sacrament of confirmation strengthens us by a special grace to do things in the name of Christ that we cannot do on our own. We need this grace to act and respond to Jesus’ call as members of His Church. Confirmation is a requirement for official ministries in the Church, and it best prepares a person to receive the sacraments of matrimony and holy orders. Without the magnificent gifts of the Holy Spirit given to us in the name of the Church to which we belong, how can we hope to contribute as beautifully as we can to the work Jesus asks from our hands?

Father John G. McDonald is currently pastor of Sacred Heart of Jesus Catholic Church in Anniston. He was principal and then president of John Carroll Catholic High School from 2008 to 2016, and he served as the Carl J. Peter Chair of Homiletics at the Pontifical North American College in Rome from 2016 to 2019.