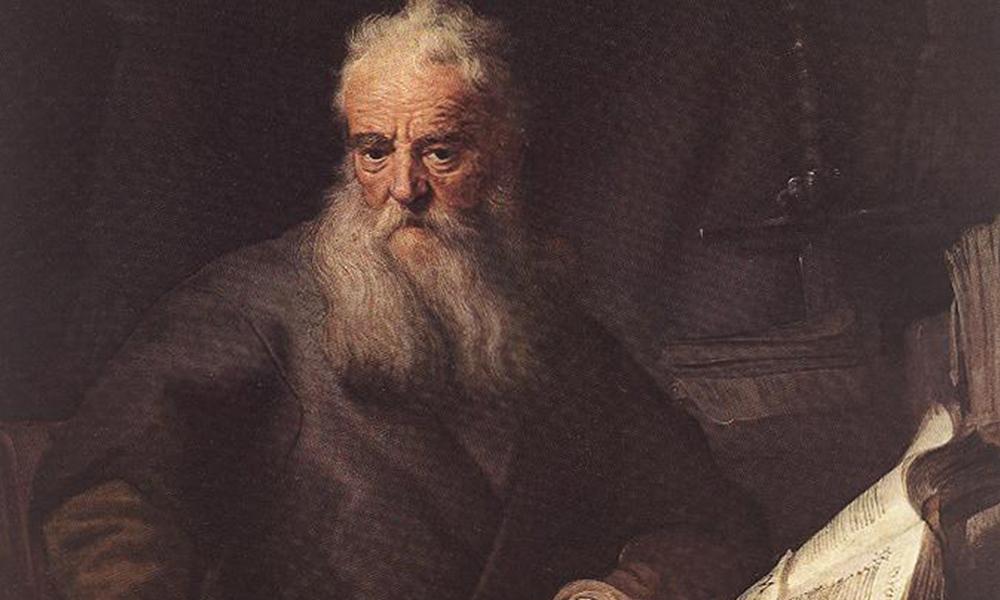 The Conversion of St. Paul

St. Jerome said it best: “Ignorance of Scripture is ignorance of Christ.” Theology 101 continues to look deeper into some of the more well-known figures in the Bible in order to provide a deeper context for the drama of salvation that Sacred Scripture communicates. Let us ask the Holy Spirit to help us encounter Christ in each of these passages.

On his journey, as he was nearing Damascus, a light from the sky suddenly flashed around him. He fell to the ground and heard a voice saying to him, “Saul, Saul, why are you persecuting me?” He said, “Who are you, sir?” The reply came, “I am Jesus, whom you are persecuting. Now get up and go into the city and you will be told what you must do.”

The men who were traveling with him stood speechless, for they heard the voice but could see no one. Saul got up from the ground, but when he opened his eyes he could see nothing; so they led him by the hand and brought him to Damascus. For three days he was unable to see, and he neither ate nor drank. (Acts 9:3-9)

This passage describes an event so momentous in the life of the Church that we celebrate the Conversion of St. Paul each year on Jan. 25. The story sheds light on the fundamental tension underlying the spiritual life, i.e., between “grasping” and “self-emptying”; between choosing one’s own will over God’s will.

Saul studied the law (the Torah, or the first five books of the Old Testament) under the highly respected Pharisee, Gamaliel. He describes this time as a period of strict instruction and zealousness for God. However, Saul might have missed his teacher’s most important lesson that was occasioned by the arrest of some of the apostles for teaching in Jesus’ name.

As the Sanhedrin was moving to put the apostles to death, Gamaliel cautioned, “if this endeavor or this activity is of human origin, it will destroy itself. But if it comes from God, you will not be able to destroy them; you may even find yourselves fighting against God.” (Acts 5:38-39)

Saul did indeed go on to distinguish himself as Pharisee, lawyer, and rabbi in his own right. Based on the accounts given of him in Acts, as well as in his own letters, he seemed to be aggressive, assertive, influential, dominant and full of authority. For example, the crowd who stoned Stephen first looked for his approval and then laid their cloaks at his feet in Acts 7:58.

More precisely, Saul himself believed that because he knew the law, he “knew” God - for the Torah was the word of God that revealed his will. Consequently, Saul was convinced he was the instrument of God’s will as he persecuted followers of “the Way” – and no one was more committed to this work than him. He recounts, “I cast my vote against them. Many times, in synagogue after synagogue, I punished them in an attempt to force them to blaspheme; I was so enraged against them that I pursued them to foreign cities.” (Acts 26:10-11) And it was on just such an expedition that Saul’s world, and ours, would change forever.

As we learn in the Scripture passage at the beginning, Saul was making his way to Damascus to persecute followers of “the Way” when he encountered Jesus Christ. And the great revelation that day was contained in the simple question Jesus asked, “Why are you persecuting me?”

At that moment, Christ revealed himself, revealed God, to Saul not as the law but as a communion. Christ was not separate from his people, but was present among and within them. Saul learned that what he did to Jesus’ followers, Saul did to Jesus, to God. Gamaliel’s prophecy had, in effect, been fulfilled in Saul.

Saul is re-formed as Paul

Paul’s conversion did not change his commitment to doing God’s work. God was still his top priority, but he now understood God differently through Christ. He learned that Christ, not the law, was the key to “knowing” God. The choice Paul faced was no longer whether or not to comply with the law, but whether or not to live in communion with God through communion with his neighbor.

St. Paul himself describes this state of communion in Philippians 2:2 as a state of “being of the same mind, with the same love, united in heart, thinking one thing.” This, in turn, is possible only through imitation of the attitude of Christ so that the mind of Christ can well up within us and carry us into communion with the Trinity through the power of the Holy Spirit. This is possible only through that “self-emptying” which is called for by poverty of spirit and which rejects regarding equality with God as something to be grasped.

After his encounter with Christ, St. Paul’s life and ministry becomes consumed with the desire to remain in this communion. This can clearly be seen in his many letters, manifested by his aversion to anything that might revive his ego, or his self-centeredness. For example, when he learns that Corinth is divided with groups identifying themselves as followers of various rival leaders (including those who identify themselves as followers of Paul), he points to Christ as the only leader. In a like manner, though he could presumably boast of his knowledge of both the law and of Christ, he chooses to boast of his weakness and writes of how knowledge inflates one with pride – which is deadly to the life of love.

Paul seeks throughout his letters to protect the body of Christ from falling victim to the same self-importance and self-inflation he had suffered from in his pre-conversion days. He exhorts his readers to eschew all behaviors and attitudes that rupture communion and harmony within the body of Christ.

Instead, he calls them to agape, or Divine Love, which is a proactive searching out for opportunities to love God and neighbor. Paul teaches his readers that love is a task: to feed the hungry, to clothe the naked, to visit the prisoner, etc. He does this because he understands that the only way to come to the real knowledge of God, who is Love, is by loving our neighbor. Loving our neighbor is only possible through communion with the Spirit, who is God. And communion with the Spirit is only possible through our dying to the self.

We, too, are all called to this same life of communion by the same Jesus Christ, who is the same yesterday, today and tomorrow. As we begin this new year, let us reflect on this call and remind ourselves that it is a life that cannot be had through our grasping, but only through our assent followed by our letting go and loving others.

How are St. Paul’s letters organized in the Bible?

B. Order of importance

Answer: C – St. Paul’s letters are organized by length from longest to shortest.

St. Paul learned the craft of tentmaking as a child. He continued to practice the art even after his conversion to Christianity. He would carry his tools with him as he travelled and set up shop wherever he found himself staying.

Doug Culp is the CAO and secretary for pastoral life for the Diocese of Lexington, Kentucky. He holds an MA in theology from Catholic Theological Union in Chicago.