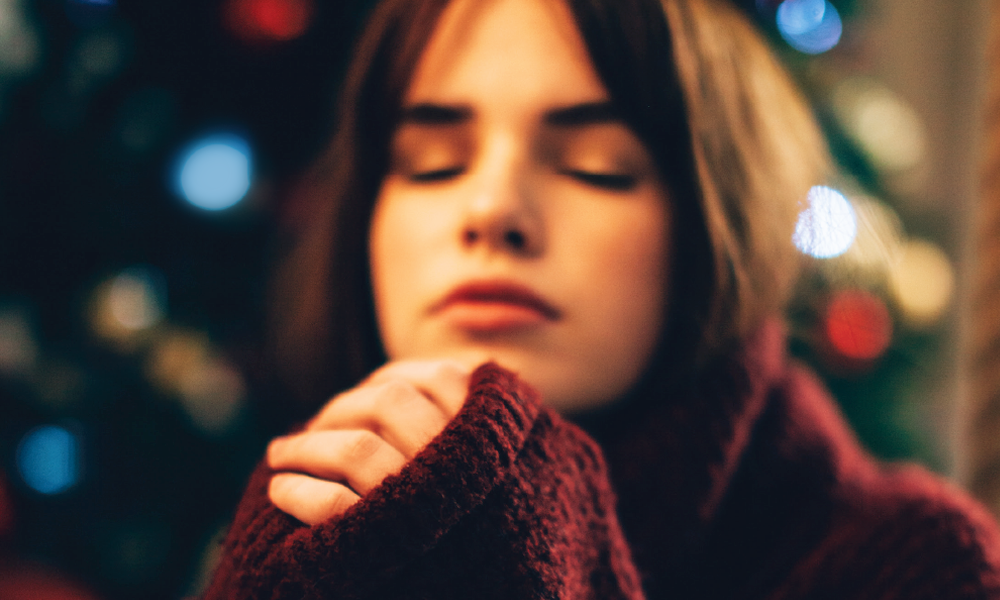 Advent is a season that invites us to prayerfully prepare and wait for the great coming together of the past, present and future that is Christmas Day. Christmas is the day we remember Christ’s Nativity in the past; we celebrate Christ’s dwelling among us in the present; and we look forward to Christ’s second coming at the end of time.

However, amid the hustle and bustle of crowded stores and the frantic jostling for that one perfect gift that alone can make the season merry and bright, we can easily lose sight of the Advent season altogether. Lurking beneath this forgetfulness is the capital sin of acedia, or sloth. Acedia is a kind of spiritual apathy that causes a person to live his or her life without any reference to God.

In 1994, the Pontifical Council on Culture issued the concluding document of its plenary assembly, which focused primarily on the state of religion in the Western countries. The council noted that while militant atheism had been receding as a threat, religious indifference or practical atheism had been increasing in Western cultures characterized by secularism.

Basically, the council identified religious apathy, or acedia, as a cultural characteristic of the West. It observed that in the West, homo indifferens, the indifferent human being, lives without any reference to religious authority and values. This attitude of indifference can be captured by the following, “Perhaps God does not exist, it doesn’t matter, anyway we don’t miss him.” The document went on to describe this indifference as “a veritable sickness of the soul which induces one to live ‘as though God did not exist,’ a neo-paganism that idolizes material goods, the achievements of work, and the fruits of power.”

Acedia is deadly precisely because it attacks the life of faith at its source: wanting or caring to know God. Indifference to God, the Word and Tradition leads quickly to a practical unbelief because, rest assured, we always act according to what we truly believe. A life lived without reference to God, religious authority and religious values reveals unbelief in all three.

In this way, acedia cuts us off from the Truth, who is a person, Jesus Christ. A life of sloth, or apathy, is a disharmonious life as it prevents us from living in harmony with that for which we were created: eternal life in communion with the Triune God. By depriving us of the life-giving gifts and meaning provided for by faith, acedia eventually leads us to despair and death.

One way to prevent falling into acedia this Advent is to practice asceticism. Asceticism literally means “polishing,” or “a smoothing or refining.” It was used by the Greeks to describe exercise or training in the sense of athletic training. While it is sometimes distorted by the modern mind to mean obsessive or masochistic tendencies, it actually consists of spiritual exercises aimed at bringing about greater freedom in one’s life, such as freedom from compulsions and temptations, and greater peacefulness into one’s life.

It is important to note that asceticism is not an end in and of itself. Ascetic practices such as prayer, fasting and almsgiving simply make the mind and body more conducive to spiritual transformation in much the same way that training enables an athlete to perform better during a competition.

Through training and exercise, dormant powers in both the body and mind are developed so that both may attain to their full natural beauty. Likewise, through God’s grace, repentance for sin, purifying one’s heart and mind and cultivating virtues (both “passive” virtues like meekness, humility, obedience and patience as well as “active” virtues like duty and labor), we prepare for that fullness of life that is an encounter with the Father, Son and Holy Spirit. The fruit of such an ascetic life, according to the Catholic Encyclopedia, is “the flourishing of the soul in the love of God and neighbor in preparation for the vision of God in eternity.”

St. Teresa of Calcutta offers us another antidote to acedia through the witness of her life. Despite long periods of spiritual dryness as she faced overwhelming poverty and suffering, she did the one thing she could to stave off acedia and its eventual despair: she showed up. Perseverance in her obedience to the commands of Christ despite her spiritual struggles was the key to helping her navigate the dry seasons of her life. She kept looking heavenward even when it felt like no one was there. In short, she held on to “wanting to know,” and the truth of faith led her to sainthood.

And so we prepare to wait

So we must, as always, guard against the danger that our preparation for Christmas becomes too focused on the celebration of mere material comforts and pleasures at the expense of the true reason for the celebration: God’s becoming one of us in Jesus Christ. While the enjoyment of the good things of the world and gift-giving certainly have their proper place and time, the catechism instructs us that “God willed to prepare” for the coming of the Son over centuries.

By sharing in this long preparation for the first coming of Christ during Advent, we renew our desire for his second coming. This is to say that Advent is a season for re-reading and re-living the great events of salvation history with Christ as the starting point.

Let us not, then, neglect our spiritual preparation even as we make our material preparations for Christmas. How tragic it would be for us to fall victim to acedia during the very season we are to prepare for Christ’s birth!

Let us make time for prayer, devotion, adoration, works of charity, fasting and self-denial so we might make the same discovery Thomas à Kempis speaks of in his work The Imitation of Christ. He writes, “If we were not so absorbed in ourselves and if we were less confused in our own hearts, then we might savor divine things and experience something of heavenly contemplation. The greatest hindrance to our spiritual development – indeed, the whole hindrance – is that we allow our passions and desires to control us … When we meet the least adversity, we are too quickly dejected and we turn to other people for comfort instead of to God.”

Doug Culp is the delegate for administration and the secretary for pastoral life for the Catholic Diocese of Lexington.