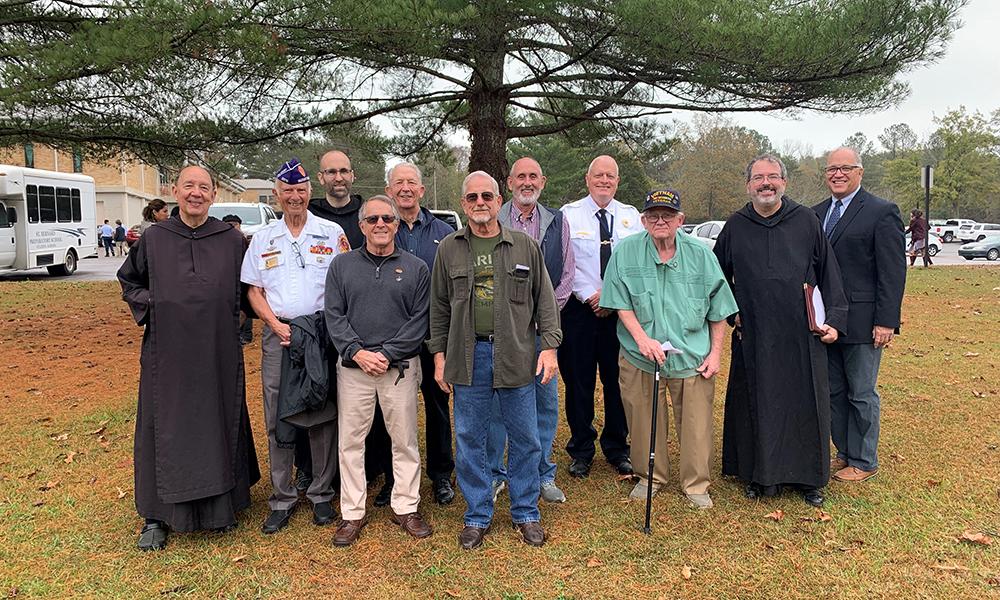 St. Bernard Prep and its monastic community honored veterans in a special Veterans Day Service in the Abbey Church on Nov. 11.

Father Linus related a story about a veteran family member. “I remember introducing my brother to someone and referred to him as a former Marine – and was quickly corrected that a Marine is always a Marine.”

He further recalled a memory of his dad. “My dad died of dementia, and it wasn’t until he was diagnosed with dementia that we learned of benefits available to WWII vets. However, we were unsure of the timeline. After research we found that he took the oath two months before the deadline and was qualified.”

“As we spoke to the representative, I made the comment that he barely made the cut by only two months. He stared me down and said, ‘He took the oath, he served.’”

He concluded by thanking veterans and sharing this quote: “To those who served, freedom has a taste that the protected will never understand.”

Following the service, the St. Bernard Choir sang as the procession headed to the school for the raising of the flag ceremony.