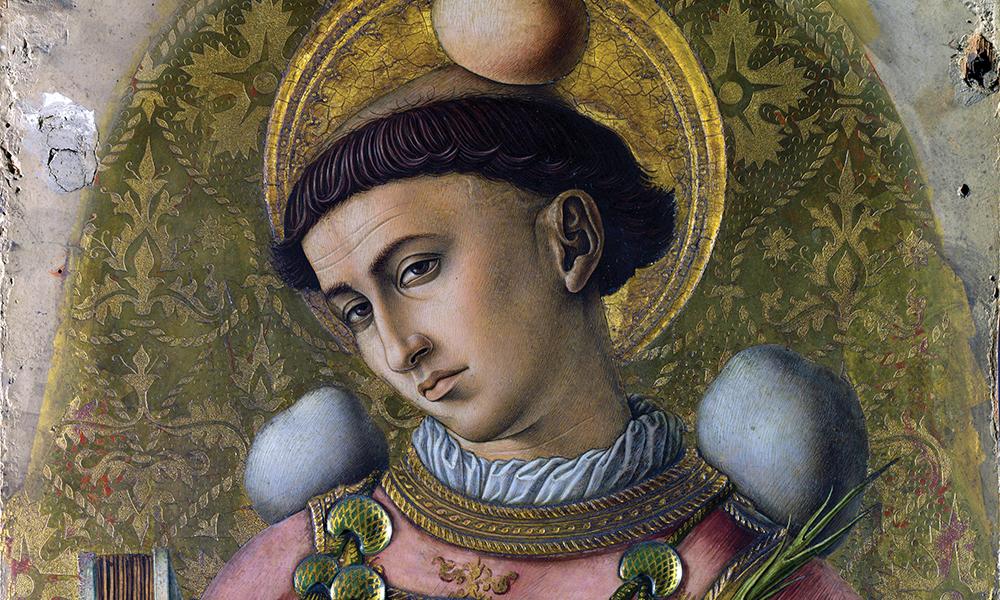 St. Stephen was the first Christian martyr, and although the celebration of this important feast on the day after Christmas may seem like an odd placement in the liturgical calendar, it was on Dec. 26 in the year 415 A.D. that his relics were found and transferred via procession to a church in Jerusalem. Featured prominently in the Acts of the Apostles as one of seven men selected to be the first deacons of the Church, he came to the attention of religious leaders at the time because of his eloquent preaching.

The early Church appointed deacons as assistants to the apostles to minister to widows and to the poor because the apostles were devoting themselves to “prayer and to the ministry of the word.” (Acts 6:4) In addition to his charitable work, Stephen “was working great wonders and signs among the people.” (Acts 6:8) This threatened the Temple leaders, who debated with Stephen but were no match for his powerful language and the “wisdom and the spirit with which he spoke.” (Acts 6:10) Plotting against him, they accused him of blasphemy and brought him to trial.

Stephen’s discourses in response to the accusations against him (see Acts 7:1-53) made the religious leaders even angrier, and when Stephen looked up in the sky and exclaimed that he saw Jesus standing at “the right hand of God,” they were infuriated. They dragged him out of the city and stoned him to death — making Stephen the first martyr of Christendom while Saul of Tarsus, later known as St. Paul the Apostle, looked on.

St. Stephen’s last words were, “Lord, do not hold this sin against them.” (Acts 7:60) He paid the full cost of discipleship and ended his life with words of forgiveness.

St. Stephen, deacon and martyr, pray for us.