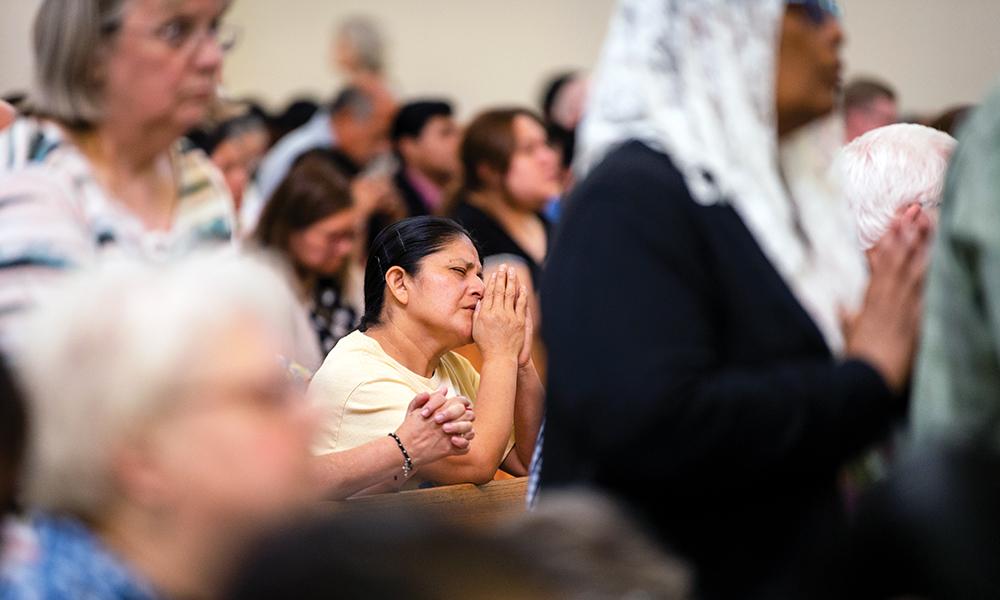 As a 10-year-old girl in my hometown of Managua, Nicaragua, I was enjoying everything life had given me. I was just starting fifth grade in the same Catholic school I had attended since kindergarten; getting involved in sports and theater; living close to my aunts, uncles, and cousins, who frequently got together for family celebrations; and enjoying being with my childhood friends, who were more like family than friends. I was one of five girls whose parents practiced the Catholic faith through words and actions. They provided financial security; my dad was a family doctor and my mom, who had graduated as a registered nurse, was able to choose to be a stay-at-home mother. At 10 years old, I thought my life was perfect! The thought of living in a different country and leaving my childhood home, friends, school, family, and culture never crossed my mind.

As life would have it, in 1978 a civil war broke out in Nicaragua. As the war escalated, the country became unsafe, and thousands of families began migrating to other countries. My parents started looking for temporary arrangements to keep my sisters and me safe. The fear was paralyzing! I remember the day we were told we would travel to New Orleans, Louisiana, to stay with our Aunt Gloria and Uncle Ronald. It all happened so quickly. After taking passport photos and getting travel documents, we were soon on an airplane, leaving everything and everyone behind, including our parents. The initial plan was for us to stay a year, then return home to our parents. Unfortunately, the war never ceased, and that next year our parents were forced to leave Nicaragua, meeting us in New Orleans with only the clothes on their backs.

My story is not very different from the stories of millions of immigrants who have resettled in this country. The only thing that varies in these stories is the push and pull behind the decision to leave. In our family, the push was a civil war and the pull was having family already settled in New Orleans. Most everyone has a relative who, at some point, migrated. They, too, have a personal “push and pull” reason for leaving their homeland.

Having to start our lives in a new country was not easy. We all had to learn a new language and adjust to living in a place different from home. For the first few years, my parents could no longer work in their professions, but with humility and a grateful heart, they worked in whatever entry-level jobs they could find to sustain the family. Amid the challenges and uncertainties, however, our faith played a big role. We prayed together, and any assistance we received was always celebrated as God’s blessings.

We found a Catholic church that offered a Spanish Mass and joined that community. It was at church that we met other immigrant families, built friendships, shared resources, began accompanying each other, and felt a connection to home. We felt welcomed and embraced!

Years later, my sisters and I joined Hispanic youth groups where we had opportunities to go on retreats, do service missions, and grow stronger in our faith. Many of my closest friends today I met while in youth group.

It has been 44 years since I moved to the United States. This is now my country and my home, but there are cultural roots related to my faith that will remain with me always. For example, even though I am fully bilingual, I pray in Spanish. If I am given a choice, I prefer to go to a Spanish Mass. Why? Because my “faith language” is Spanish.

As director of the Office of Hispanic Ministry for the Diocese of Birmingham in Alabama, I am grateful for my immigrant journey because I can not only personally relate to the challenges and realities families face but also understand the important role we have as the Church to embrace these families. Our office assists Bishop Raica in serving the growing Hispanic population as well as providing support to priests, parish communities, and other pastoral leaders. We promote bridge builders, or gente puente, who can serve as parish ambassadors among diverse parish communities so that we can be one Church, one family of God.

Serving Hispanic Catholics in our diocese is part of our mission to serve the entire Body of Christ. Statistics show that 43 percent of U.S. Catholics today are Hispanic. Of that group, 60 percent are under the age of 18. On the one hand, these statistics are a sign of hope. On the other hand, the reality is that many Hispanic Catholics are no longer identifying as Catholic. In the span of 30 years, the number of Latinos practicing their faith has declined by 24 percent. This is a sign of concern. I truly believe that the future of Catholicism in the United States will depend on how well we as a Church open our hearts to diversity, embracing each other as brothers and sisters in Christ.

Maria Jose Bonilla is the director of the Diocese of Birmingham’s Office of Hispanic Ministry.