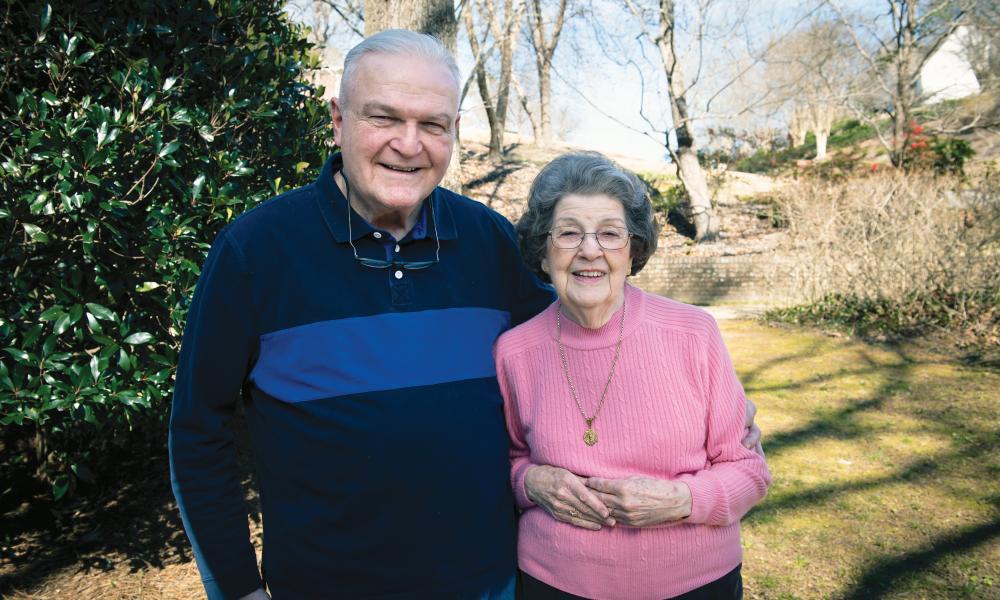 One Couple’s Mission of Accompaniment

Ken and Emily Lavelle have always been a devout and active Catholic family over the course of their 58-year marriage. Between the both of them, they have done everything from lecturing and teaching CCD to serving as extraordinary ministers of holy Communion and playing the organ for Mass. One thing, however, the couple had not thought about was promoting vocations to the priesthood.

While attending Mass one Sunday at Our Lady of the Valley Catholic Church in Birmingham, the two were introduced to the Serra Club, an international organization with the mission of promoting vocations to the priesthood and consecrated life.     The club “sparked an interest” in the couple because they saw a need: a need for more priests in the Diocese of Birmingham.

The couple immersed themselves in building the number of Serrans in the diocese, but one major obstacle loomed: a lack of interest.

Being a member of the Serra Club meant a membership fee, which was, in the Lavelles’ opinion, quite hefty and not directly beneficial to the diocese. The Lavelles and other members voted to establish a group to foster local vocations and assist priests and seminarians of the diocese. Hence, the St. John Vianney Vocations Society was formed.

The group hit the ground running in search of ways to champion vocations to the priesthood and aid priests and seminarians. “We want them to know that there are people out here that are really supporting them,” a proud Ken Lavelle says, “and we want them to understand that we’ll stand behind them.”

The group has sent hundreds, if not thousands, of handwritten cards to priests and seminarians. Men studying for the Diocese of Birmingham can also expect “goodie boxes” twice a year, but what this group provides is so much more than cards and home-baked snacks.

“I see a sense of accompaniment through this time of growth,” says Kristin Sessions, diocesan vocations coordinator. “They have been there from the beginning, supporting them through the end. It is as if there is a connection and relationship to the diocese. These men are going to come back and be drawn to serve here.”

Offering a support system for priests and seminarians also involves raising awareness of vocations at the parish level. Programs such as the Vocations Cross, where families take home a cross after Sunday Mass and pray for vocations each night of the week until it is passed to another family the next Sunday, are instrumental in bringing families together to pray for men in formation.

Of course, organized programs are not a requirement for bringing vocations to the forefront. Simply finding out the names of diocesan seminarians, saying a short prayer for them, or sending them a quick note of encouragement are all easy ways to ensure the future of the Church in the Diocese of Birmingham.

In their 20 years of vocations promotion, they have accompanied many men on their discernment journey, and even though Emily Lavelle would never admit to being a spiritual mother to these men, she glows when she says, “We are just so proud of them.”

How can you and your family promote vocations?

Talk with your kids.

This seems like it would be the easiest, as it’s just talking. However, it might not be the first thing that comes to mind in the midst of checking homework and cooking dinner. Don’t overthink it, though. The next time you go to Mass, make a point to tell your kids how following God’s call brings happiness, even God’s call to priesthood or religious life.

Pray as a family for vocations.

When praying as a family, whether it be at bedtime or at dinnertime, add in an extra prayer for all priests, religious, and those discerning religious life.

Start a family movie night. Instead of typical Hollywood fare, try to find an engaging religious movie. It may feel like a Herculean task to find a movie that is both wholesome and Catholic, but you would be surprised. Here is a head-start on your quest: A Mission of Love.

Turn the TV off and read a story.

Who doesn’t love a good book and snuggle time with Mom or Dad? Not only will you be spending quality time with your little bookworm, but you will also be keeping their faith and an openness to their faith in the forefront of their minds.

Remember playing Mass as a kid? Pretending is a way to relate, so let your kids relate to the priesthood or religious life by dressing up or playing Mass. It will help make a religious vocation not seem so foreign. Plus, it will make the idea of religious life accessible and fun.

Introduce yourself to your pastor.

What’s for dinner? Everybody loves to eat and spend time with friends, so go ahead and invite your pastor over. Having him over will not only make him feel appreciated, but it will also help kids realize that priests are humans too. Knowing a priest will make it easier for boys to envision themselves as one. 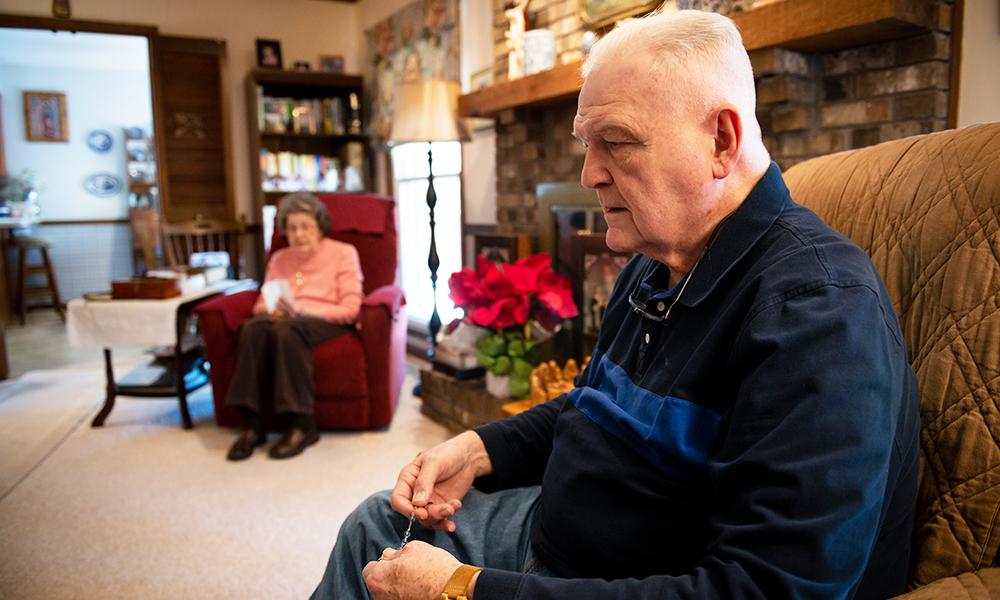