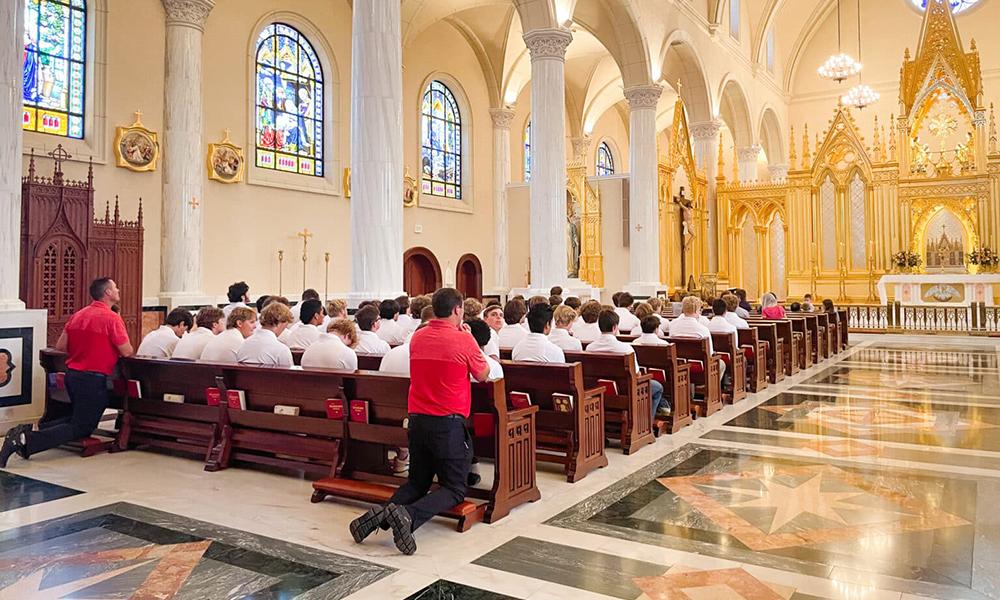 Philip Rivers Visits the Shrine of the Most Blessed Sacrament With His St. Michael’s Football Team

Two buses pulled into the Shrine of the Most Blessed Sacrament Aug. 12. Onboard were 70 junior varsity and varsity football players from St. Michael’s Catholic High School in Fairhope. Leading the group was former NFL quarterback, Philip Rivers, who took the head coaching job at St. Michael’s after retiring from the NFL in 2021.

On their way to Athens to play their jamboree (pre-season) game against River’s high school alma mater, Athens High School, the team spent several days camping and team building at the Diocese of Birmingham’s Camp Tekawitha in Springville and visiting the Cenacolo Community and shrine.

Even on a tight schedule, the players were able to spend a little time in adoration of the Blessed Sacrament, attend noon Mass with Bishop Emeritus Robert Baker as the celebrant, and hear a talk about Mother Angelica and the history of the shrine.

When asked why Rivers chose to bring his team to the shrine, he answered, “We’ve been on kind of camp / retreat: Camp Tekawitha and then over to the Cenacolo Community to visit those brothers there who’s stories are so impactful. [They] are fighting to grow and get back on track in their faith and in their lives, and that was very impactful for me, our staff, and our players. Then coming here to the shrine is special for me. … Its special to my family. My wife was a convert and Mother Angelica, tapes, and EWTN were a big part of that.”

“At St. Michael’s … we talk about the whole young man, wanting to grow in our faith, in our academics, and on the football field,” Rivers continued. “The Holy Spirit was alive and working here on these young men and hopefully it will have an impact on them in their future.” 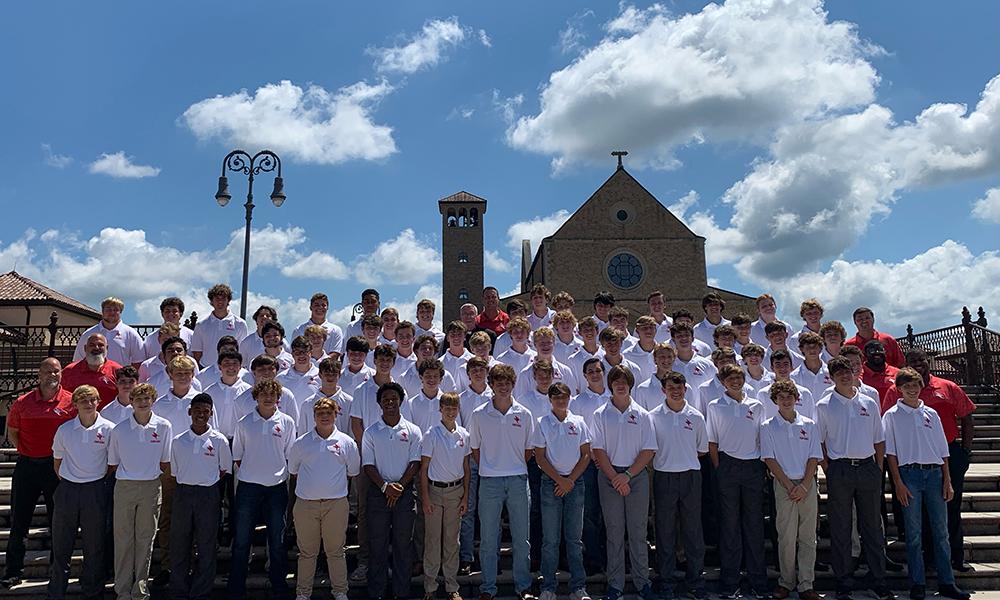 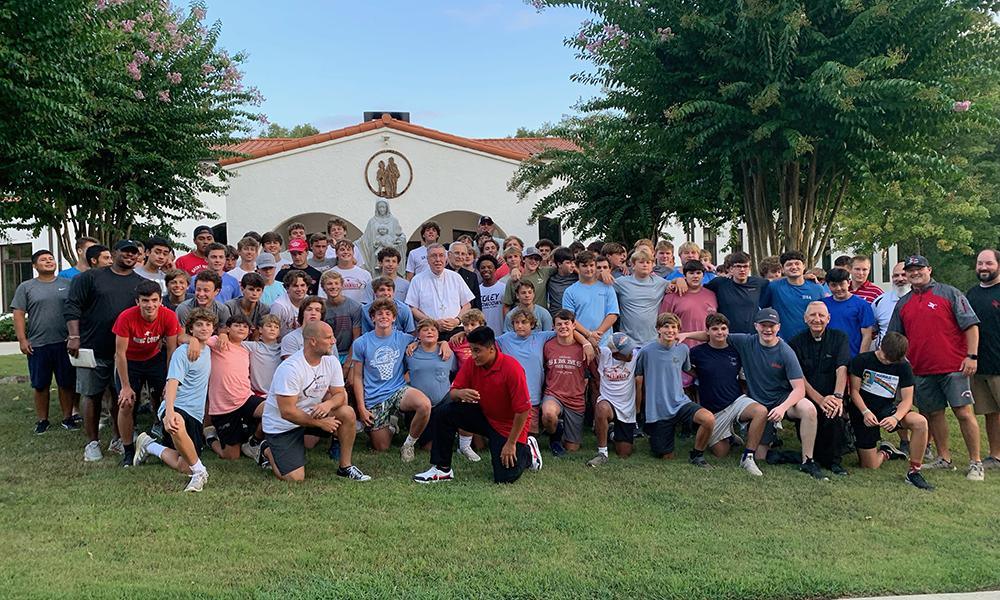 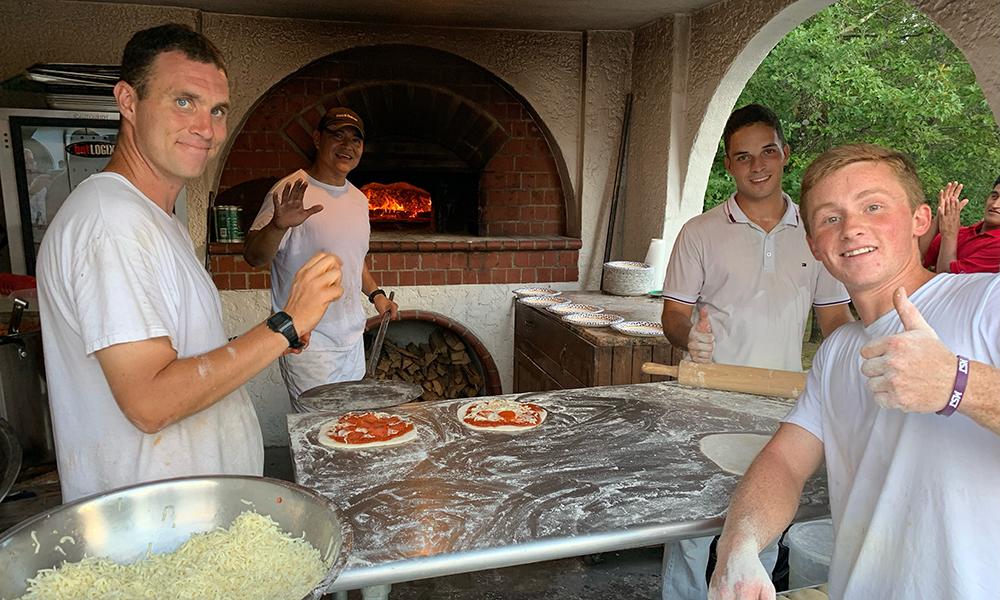 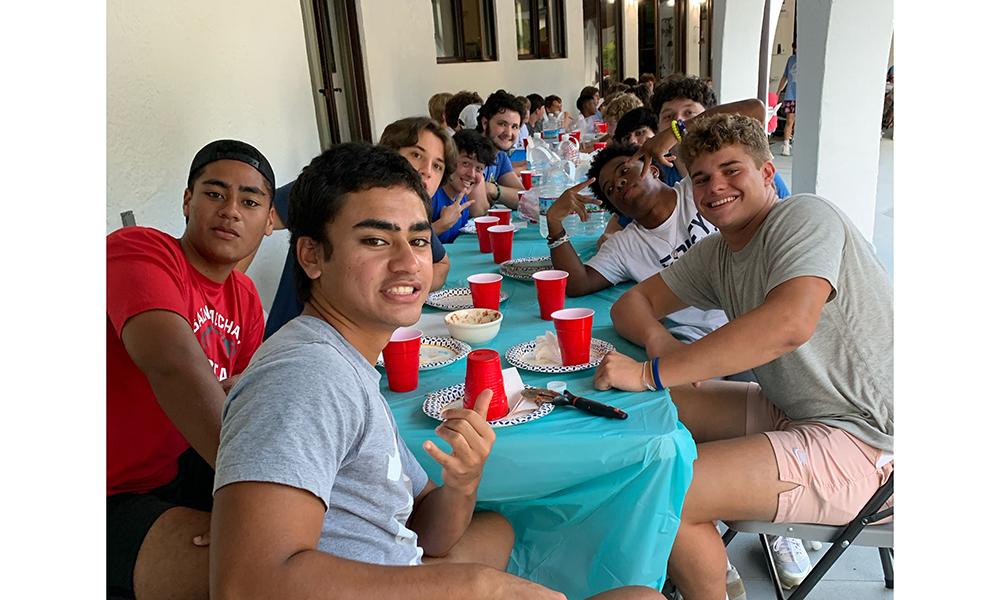 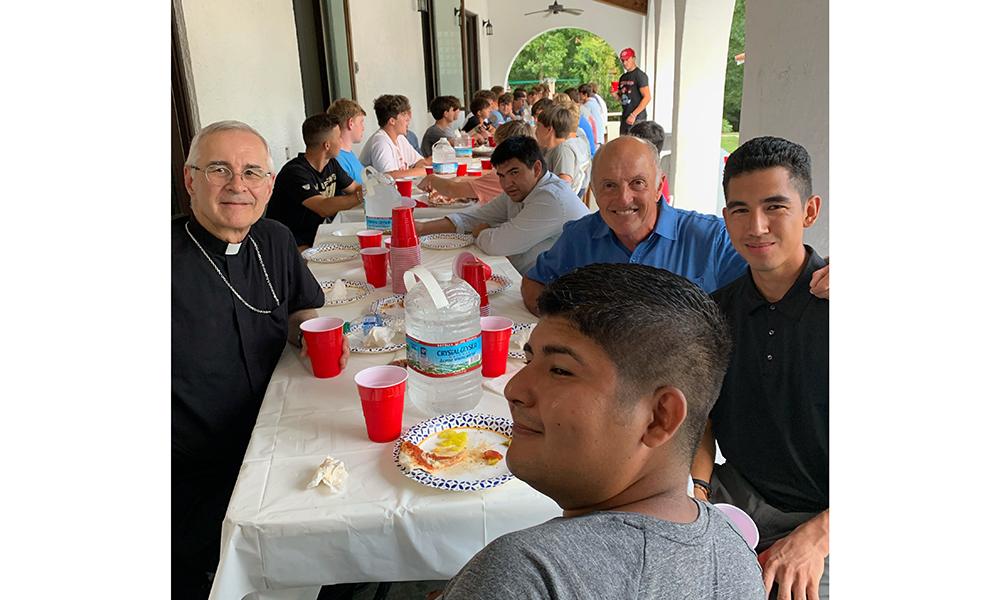 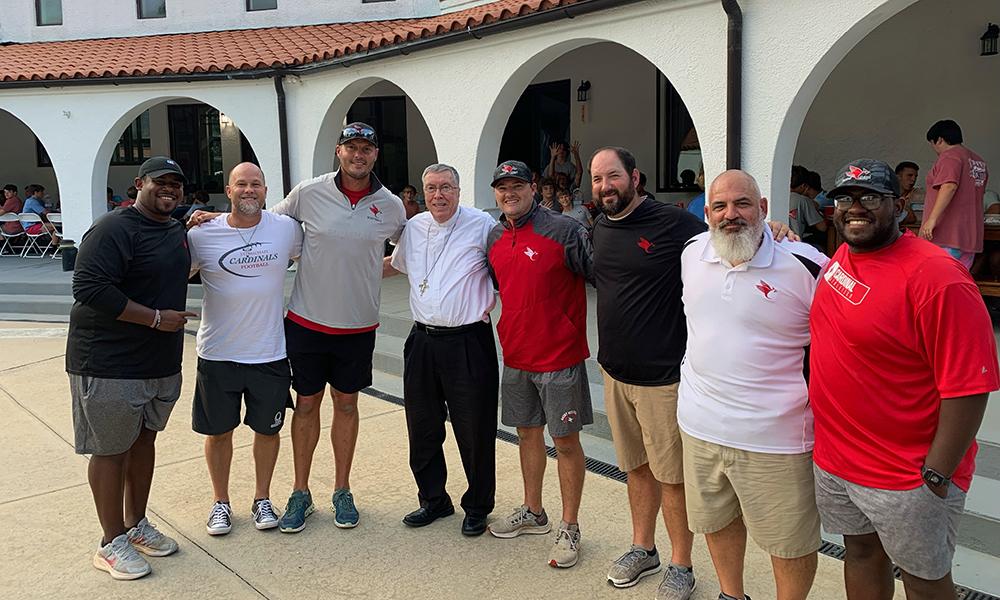