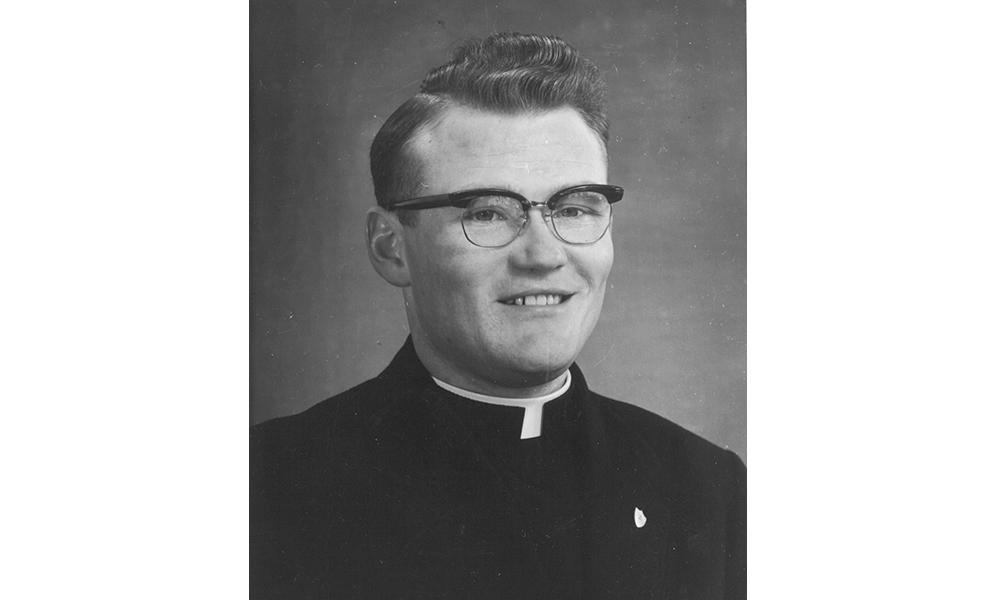 On Aug. 1, Msgr. Sexton eulogized Father Henry McDaid at his funeral Mass at Prince of Peace Catholic Church in Hoover. The complete text of his remarks follows herein.

Fifty-nine years ago, in July of 1963, nine newly ordained priests arrived in Mobile from Ireland for service in the Diocese of Mobile-Birmingham. Among them was Father Henry McDaid. He was assigned to the famed St. Mary’s Parish in Mobile which at that time had four associate pastors. He joked that he was the “fourth associate.” The third associate pastor was one Father Oscar Lipscomb who later became Archbishop of Mobile.

Father was a character, larger than life. Flamboyant at times. Not adverse to drama. He did things with flair and a certain class. Honest to a fault and witty, too.

He had a keen antenna for injustice, having grown up in Northern Ireland in the city of Derry where he witnessed discrimination. He was courageous in calling out injustice in his preaching and teaching. The celebration of the liturgy was dear to his heart. He had learned well what Pope Francis calls “the art of celebrating.”

One of his great joys was to be able to attend concerts presented by the Alabama Symphony in Birmingham. Music was in his heart and in his bones. He owned a Baby Grand Piano which he played with relish. When he was director of the Diocesan Liturgy Office as a young priest, he taught us well the role of music and singing in the sacred liturgy.

Henry lived with a good deal of pain in his life. Never far from the Cross. Pain that sometimes dogged his days and sapped his spirit.

Leon Bloy had written: “We have places in our hearts that do not exist and into them enters pain that they might have existence.” Henry, through the pain in his life created new places in his heart, a new capacity for love and empathy.

The ministry that marked his final years after he laid down the burden of administration as a pastor was a ministry with the sick. Ministering with the sick in nursing homes and hospitals. Anointing the sick and celebrating the Eucharist with them. A ministry born from the pain of his own life. He became Father Henri Nouwen’s “wounded healer” even as he himself entered a long twilight of diminishment.

It is common today to describe the role of the priest as a “witness to ministry, proclaimer of the Word, and celebrant of the Eucharist.” Father James Fisher writes that “the priest is the one who interprets in all the events of everyday life what Karl Rahner calls ‘the silent coming of God.’” “However we may describe the priest,” Father Fisher writes, “we are always dealing with the same characteristic. There is a mystery that inhabits these men.” A mystery and a mystique!

So, thank you, Father Henry, for faithfully proclaiming the mystery through all these years. May you rest in peace and rise in glory.