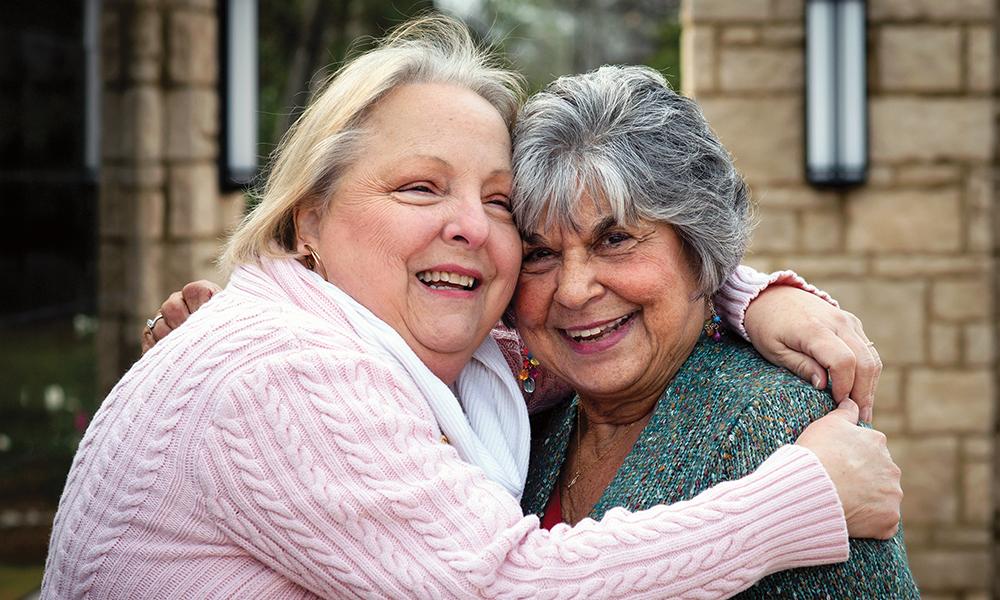 A Mentor and a Protégée

“We must be aware that faith is a gift, a gift from God,” says Terry Thompson, a retired director of religious education and pastoral associate. “With so many gifts that we receive, there is a certain amount of awe. … You just can’t wait to see what’s inside, and then when you do open that gift, [you realize that] it’s something that someone actually took the time to think about to give you. I compare that to God loving us so much that He gives us a gift, a gift of faith. How we take care of that gift is the formation process.”

Thompson’s decades-long involvement in faith formation can be traced back to 1984. A fellow parishioner at Huntsville’s budding Good Shepherd Catholic Church came up to Thompson and simply said: “Father is looking for a religious coordinator. I think you can do that job. I think you have what it takes.” Not too long afterward, Father Patrick O’Donoghue, then pastor of the 260-family parish, called Thompson about the position, leading her to become the first paid employee of Good Shepherd. “At the time, I had no idea what the terms were — pastoral ministry, youth ministry, church ministry,” Thompson remembers. “Father would say we needed [something], and I would say, ‘OK.’”

Early in her career, she had a profoundly poignant experience that would become the bedrock for her approach to ministry. With the parish being relatively new, Thompson’s office was in the kitchen. “I was there alone,” she recalls, “and someone knocked at the door.” When she opened the door, a young man in his mid-20s stood there looking at her. “I told him that the pastor wasn’t there. We had a chat, and he told me about his situation.” Even though all the “warning signs” were going off, Thompson went to her purse and pulled out some money. “He thanked me profusely, and as he got into his car, he flashed me this big smile and said, ‘I’ll pay you back.’”

She never thought much about the encounter again until a month or so later when there was yet another knock at the church’s back door. To her amazement, it was the same young man. “Hey, I just want to let you know how much that meant to me,” he said, “and I just want to give you back the money because I am now in a better place.” Thompson was “dumbstruck.” She told him that repayment wasn’t necessary, but he insisted. Once he was gone, she “sat down and started to cry.”

The tears came from the realization that giving should come from the heart without expectation or contingency. She took that lesson and applied it to her life and her work. “Scatter, scatter, scatter,” she says. “That’s what we do — we plant seeds. … When you meet an individual [on] the journey, you have no idea if you are going to see them further down the road.” As one of her beloved pastors, Msgr. Michael Sexton, told her, “You know, Terry, we are responsible for the invitation, not the response.”

Invitation came easy to Thompson, and in 1996, she offered an invitation to Carmen Amato.

Amato, a product of a bicultural family, grew up in Puerto Rico. Teaching English as a second language at the age of 18 helped her realize she would “either be a teacher or a secretary.” After she got married, her young family moved to the Lower 48, where she would later teach in the public school system. In 1984, the Amatos found themselves attending Good Shepherd — the same Good Shepherd where Thompson was beginning her “vocation” as the religious coordinator. Shortly after arriving at the parish, both Amato and her husband became involved, volunteering with religious education and singing in the choir.

“Carmen has a joy which is contagious,” Thompson contends. “She has an understanding of the faith and a willingness to want to share that faith.”

However, it was Amato’s nonjudgmental nature which really stood out. During Amato’s days as a volunteer, Thompson remembers she “had a willingness to meet people where they were and not where she thought they should be.” When the director of religious education position opened at St. Joseph Catholic Church in Huntsville, Thompson picked up the phone. Ironically, she was offering Amato the same invitation that had brought her to religious education over a decade before, and like Thompson, Amato accepted.

After 25 years and counting as director of religious education at St. Joseph’s, Amato insists that faith formation has “so many dimensions to it,” but “in the simplest form, it is opening the hearts and minds of children and adults to Christ — through prayer, through lived experiences, through Scripture.”

Realizing that “everyone comes to their faith in a different way,” has led to much of Amato’s success and personal growth. St. Joseph is an unusually diverse parish with Anglo, African, African American, Asian, and Hispanic parishioners. Her “gift of being bilingual and bicultural” has enabled her to “connect families with the Church.” “They feel comfortable enough to ask, which is a very big deal. They don’t feel like I am going to judge them. ... How wonderful it is for them to have the courage to ask.”

“It is so easy to pass judgement. … I have to constantly remind myself that I am here to do the work of the Lord. Jesus encountered many different kinds of people. He could have easily judged any one of them, but He chose to love them. I am human and fail every day, but [I continue] to look at the example of Jesus.”

Looking to Jesus is paramount in faith formation, but both women agree that action and humility also play important roles. “I am a work in progress,” Amato admits. “We’re never done. … It is a constant effort to learn more about the faith.” As for Thompson, she confesses, “In all honesty, I realized that my faith was truly a gift probably in my late 20s and my early 30s when I became less focused on myself and more focused on the treasure that God had given me through the birth of my children.”

For those who feel faith formation is out of reach, Amato suggests starting “small.” Whether it be making a habit out of reading a daily reflection, joining a small faith group, sitting alone with the Eucharistic Lord during adoration, or even listening in silence to what the Holy Spirit is trying to put into our heart, every effort is an effort to treasure our faith.

Thompson and Amato, as mentor and protégée, concur that treasuring our faith will awaken an awareness of God’s presence in our life, creating an openness of heart and mind. That openness leads to formation and invitation — not only for us but also for those around us — and emboldens us to take steps toward our ultimate goal: Heaven. 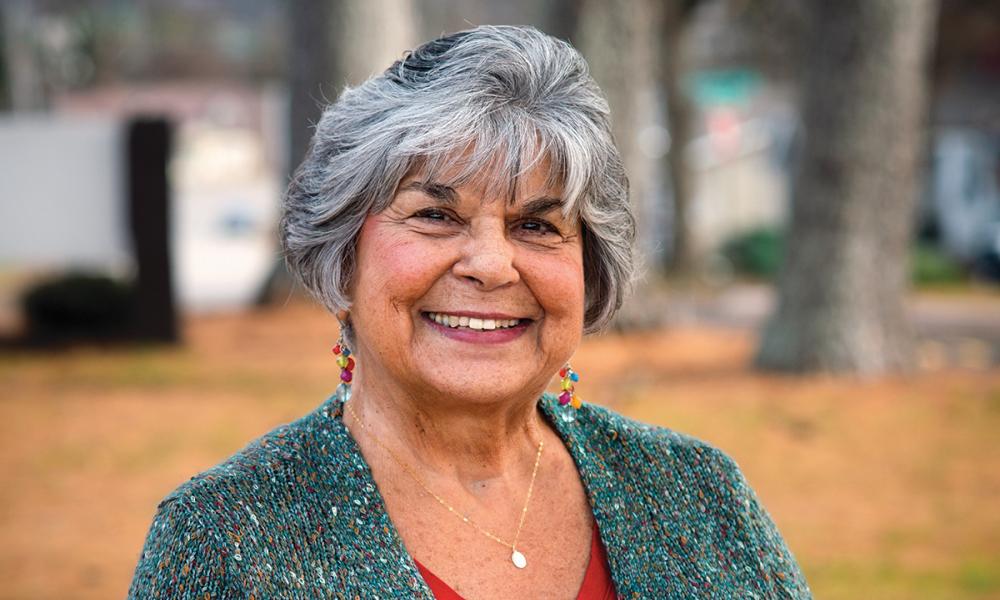 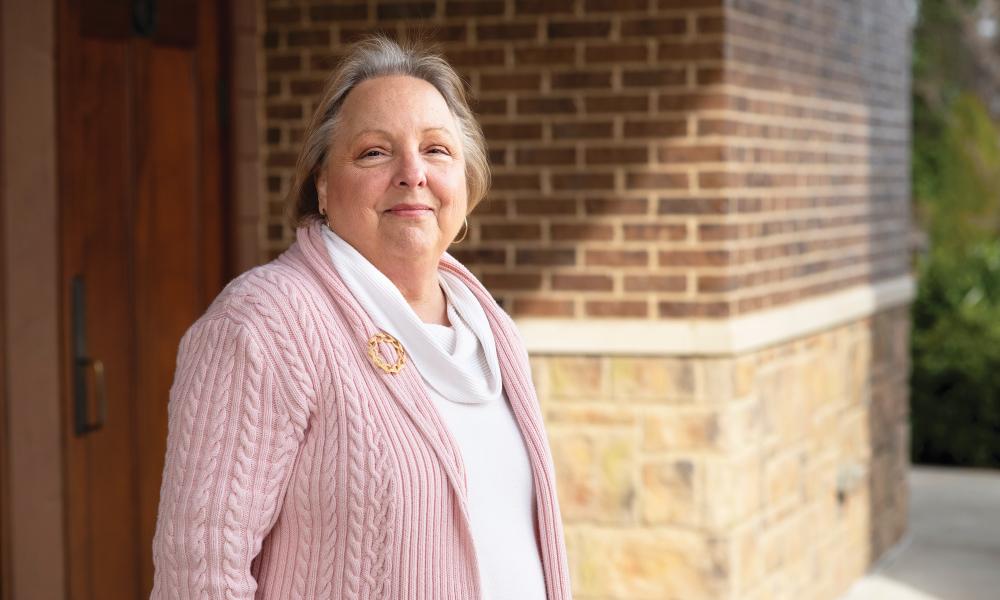 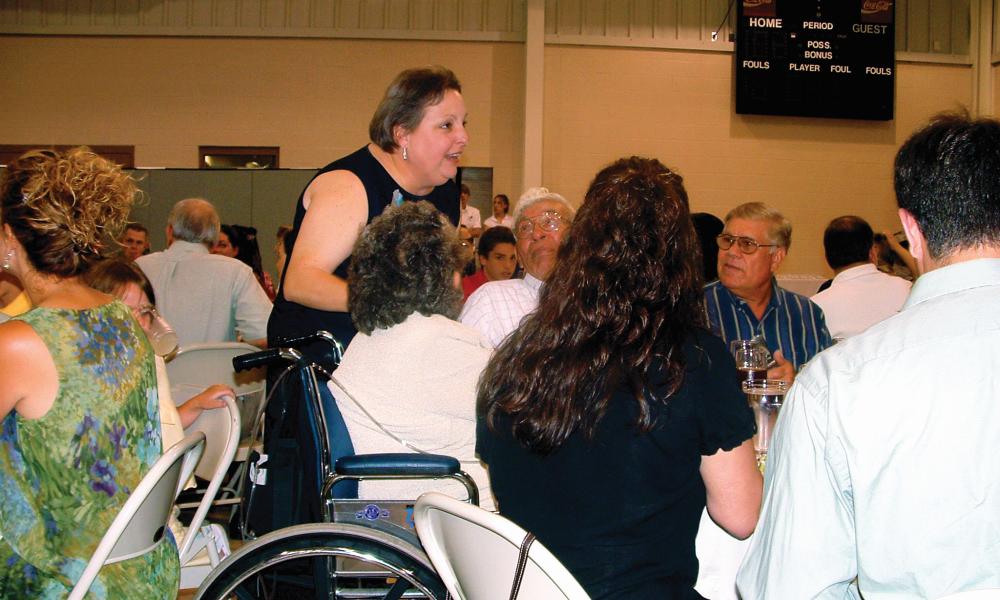 Carmen Amato speaks with parishioners during a religious education event at St. Joseph’s in Huntsville.