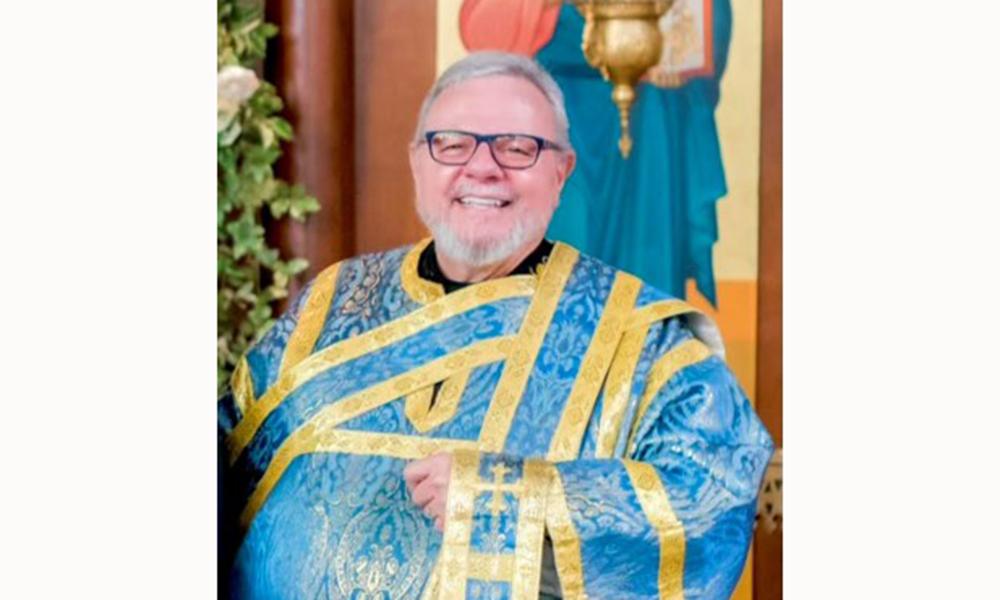 On Oct. 2, Father Deacon Seraphim John Alan Ritchey died after a brief and sudden illness. Father Deacon Ritchey was born on Sept. 15, 1954, in Birmingham. He was the fifth of seven boys born to Phillip and Catherine Ritchey. He married Annette Marie Zarzaur in 1974 and shared a bountiful life with her for the next 48 years. Although he was a Renaissance man, immensely creative, talented, and skilled, his real joy was serving his Church as a deacon.

He was ordained as Father Deacon Seraphim in 1988 at St. George Melkite Greek-Catholic Church, where he faithfully served for 34 years. In his service as a deacon, he tirelessly ministered to the sick, took Holy Communion to homebound parishioners, and visited those in nursing homes and hospitals. Through this ministry, he met someone destined to become a very special part of his life: Jimmy Watkins, whom Father Deacon and his wife took into their home and cared for full-time for the past 14 years. Watkins became an absolute part of the family, and Father Deacon Seraphim and Annette counted it a true blessing to serve Christ through caring for Watkins with the same love and attention as they gave their own children.

As a family friend said, Father Deacon Seraphim “was the embodiment of what it means to be an image of Jesus Christ on this earth.” He lived by the words, “Seek the image of Christ in everyone, and the mercy of Christ in everything.” Father Deacon Seraphim is survived by his wife Annette; five children: Jonathan (Britney), Jason, Jeremy (Maria), Jacob (Veronica), and Jessica (Adam Keeton); eight grandchildren: Christian, Layla, Elijah, Olivia, Julian, John Luke, Joshua, and James; five brothers: Neal, Ferris (Wanda), Terry (Gail), Paul (Karen), and Christopher (Dunia), and countless nieces, nephews, and Godchildren. He is preceded in death by his son Joshua, his parents Phillip and Catherine, his brother Ronald, and his sister-in-law Linda.

(Excerpts courtesy of the Ritchey family)