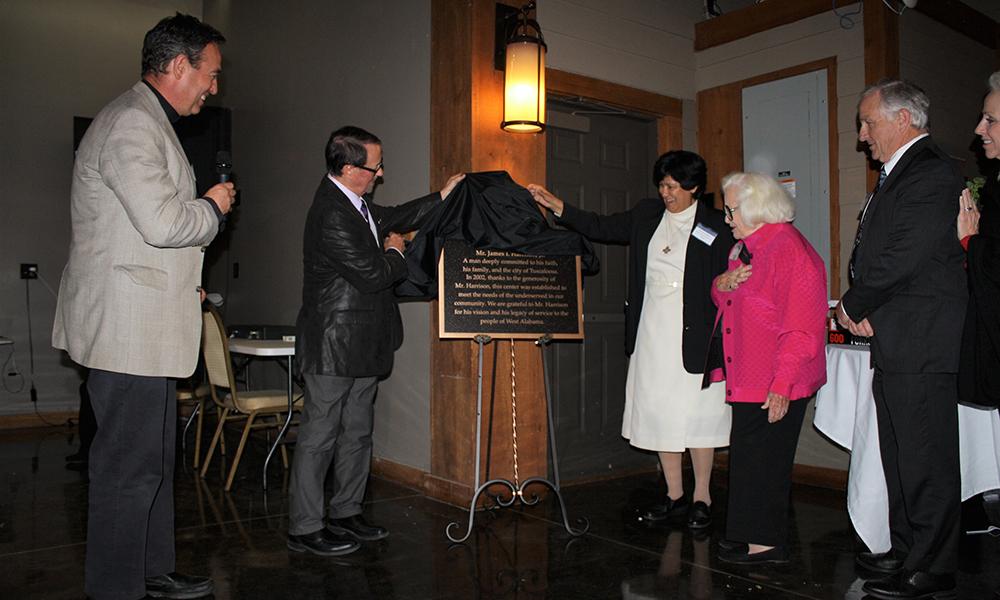 Catholic Social Services of West Alabama recently celebrated its 20th anniversary by honoring the late James I. Harrison, Jr., and the Harrison family with a buffet and silent auction at the Cypress Inn Pavilion in Tuscaloosa.

James I. Harrison, Jr., a native and lifetime resident of Tuscaloosa, was a retired pharmacist, business leader, and philanthropist who passed away on Feb. 24, 2020. Not only was Harrison the founder and CEO of Harco Drug, Inc. Drug Stores; Carport Auto Parts, Inc.; and Totalcare, Inc. Home Health, he was also a devoted parishioner of Holy Spirit Catholic Church in Tuscaloosa.

As a man deeply devoted to his faith, family and community, Harrison’s involvement with Catholic Social Services of West Alabama was second nature.

Manzella went on to explain how Harrison went to Holy Spirit’s then pastor, Father Jerry Deasy, expressing a desire to help facilitate the creation of an early childhood intervention program. Knowing Manzella’s position with the Diocese of Birmingham, Father Deasy reached out for input. “I was aware of the needs of the region,” Manzella said. “The first thing Mr. Harrison asked me was, ‘What did I think we needed in Tuscaloosa?’” After sharing with Harrison that he felt a center similar to what the diocese operated in Birmingham, Huntsville, Gadsden, Anniston, and Eutaw was needed in Tuscaloosa, Harrison promptly replied, “Let’s do it.”

Harrison would go on to fund the project until the diocese could absorb the cost. “The Tuscaloosa program that Mr. Harrison thought and bought,” said Manzella, “became extremely successful and became the second largest social service program in the diocese. Mr. Harrison represented the essence of Catholic social teaching. Everyone is sacred. Everyone deserves to be treated with dignity and respect. The most vulnerable among us are given preferential treatment. We share our blessings with those who need them. We treat the poor as we would treat our Lord, Jesus Christ.”

During the ceremony, a plaque in Harrison’s honor was unveiled. It read, “Dedicated in loving memory of Mr. James I. Harrison, Jr. A man deeply committed to his faith, his family, and the city of Tuscaloosa. In 2002, thanks to the generosity of Mr. Harrison, this center was established to meet the needs of the underserved in our community. We are grateful to Mr. Harrison for his vision and his legacy of service to the people of West Alabama.” 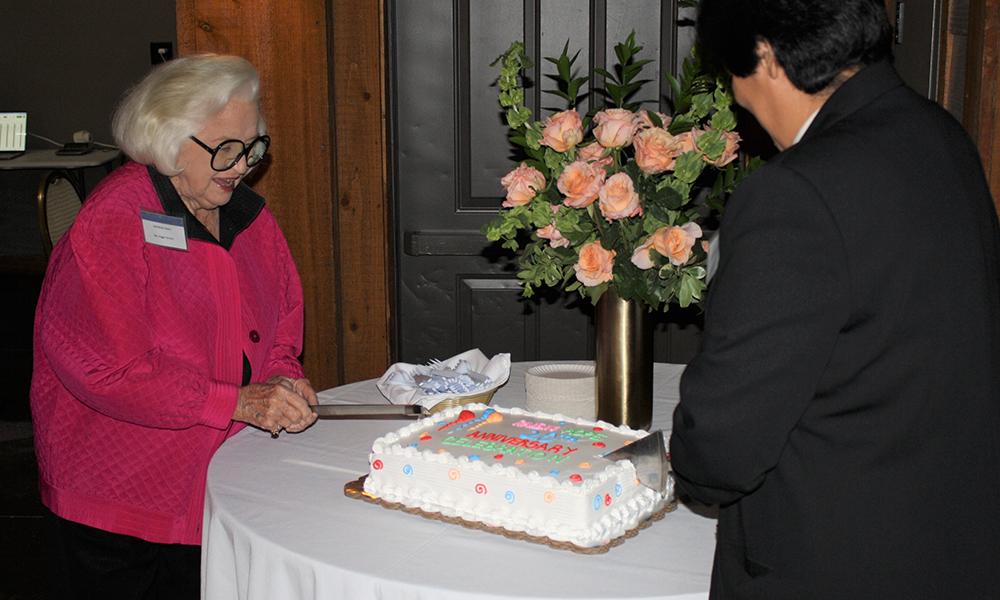