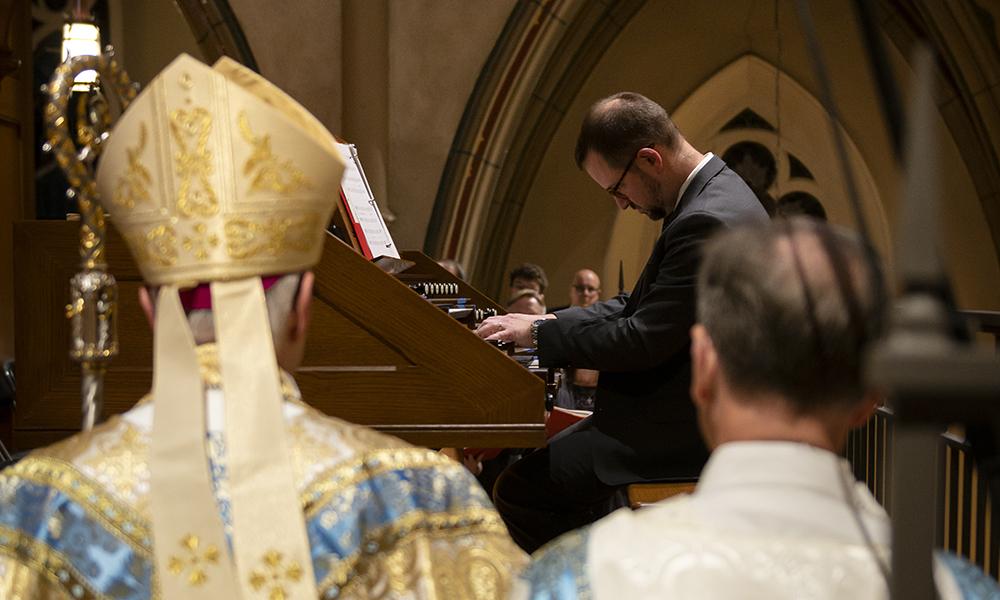 From the failure of the previous Cathedral organ in the middle of a Christmas Eve Mass, to an extraordinary gift from a long-time benefactor of music in the Diocese of Birmingham, to a venerable yet pioneering American organ builder blazing a new trail, Providence seemed to guide every step of the process behind Noack Organ Company’s Opus 164, the Anna Catharine Grace Memorial Pipe Organ.

The years-long project culminated with the new organ’s dedication during the celebration of the Solemnity of the Immaculate Conception, Dec. 8. At the beginning of the Mass, Bishop Steven Raica flanked by Father Bryan Jerabek, rector of the Cathedral, ascended the stairs of the choir loft. “Music is of the highest importance in the celebrating of the divine mysteries, and in the Latin Church, among instruments, the organ has always been held in a place of honor,” the bishop began. “Awaken o pipe organ, hallowed instrument,” he continued, “resound the praise of God, our creator and Father … celebrate Jesus our Lord who suffered death and rose from the dead for us … sound forth the Holy Spirit who enlivens us by the breath of God … lift up our songs and our pleas to Mary the mother of Jesus … usher the assembly of the faithful into the thanksgiving of Christ … bring the reassurance of the faith to those who are in anguish … support the prayer of Christians … proclaim the glory of the Father, the Son, and the Holy Spirit.”

During his homily, the bishop noted, “The realization of this organ is due in large part to the inspiration and tenacity of Father Bryan Jerabek and Bruce Ludwick, our Cathedral organist and choirmaster.” Bishop Raica explained the complexity of the organ which can “evoke reflection, joy, sorrow, elation, and everything in between.” He likened the orchestral nature of the instrument to our faith. “Our faith, too, is symphonic … we are all trying to play our own sound as is evidenced by an array of timbres. Together, we form a chorus that gives all praise, worship, and glory to God.” Concluding his remarks on the organ, the bishop expressed gratitude to those involved. “Special thanks go to Nami Hamada, voicer/finisher; Didier Grassin, president of Noack Organ Company; and Bertrand Cattiaux for help in voicing the reeds. The Cathedral pipe organ is an impressive instrument and will serve our Cathedral for many, many years.”

The instrument uses old-world craftsmanship and some voicing techniques that are seldom found outside of France. At the same time, it enjoys the most modern developments in the organ building trade to deliver an instrument that will serve for generations to come with a minimum of maintenance and a maximum of musical integrity.

The instrument was made possible because of one woman’s initial gift and the subsequent response of many benefactors around the diocese and in the Cathedral Parish. Op. 164 started with a thrilling proposal from Grassin that envisioned an organ rooted in the French organ building school of the 18th century with elements ranging from that era to the present day added.

This scheme was achieved through the faithful work and unparalleled experience of Hamada as well as Cattiaux of Atelier Orgues Cattiaux, the firm which maintains the organs of Notre-Dame-de-Paris, among others. Wrapped in a beautiful solid white oak case handcrafted in the Noack shop and designed to match the architecture and furnishings of the nearly 130-year-old Cathedral of St. Paul, the organ has one foot in the old world and another in the new, but it was designed foremost, in the words of the traditional French blessing of a pipe organ, “To proclaim the glory of the Father, the Son, and the Holy Spirit.”

The intent with the Anna Catharine Grace Memorial Pipe Organ was to build an instrument of lasting aesthetic and musical value (reflecting the same values that inspired the Cathedral’s construction) that would comprehensively assist the music of the liturgy. While it will accompany choirs and singers with versatility and lead congregational singing heartily, it will also be adept at rendering the solo organ repertoire. In addition, the combination of the Cathedral’s glorious acoustic and the organ’s authentically French voice is seldom, if ever, found in the United States. Several of the stops, or individual voices, are copies of those found in the Notre Dame grand orgue with most others fashioned after examples by the great French organ builders Clicquot and Cavaillé-Coll. Therefore, this organ will render the entire French repertoire with authority and will also faithfully present the works of Bach, Mendelssohn, and many others. Its largest pipes shake the room, while its smallest ones are the size of a child’s finger. In this way, and because it sings with lungs as humans do, the pipe organ is the ideal liturgical instrument for worship of God.

Quipping about the project, Father Jerabek said, “Among the many things they don't teach you in seminary is how to replace a pipe organ.” On a more serious note, the rector added: “With grateful prayer, I thank Miss Anna Catharine Grace (RIP), whose legacy gift paid fully half of this project, as well the many other benefactors from the parish and beyond who paid the balance. We and generations to come will be blessed, as our divine worship is sustained and amplified by the beautiful sounds rising from this pipe organ.”

A dedicatory recital of the instrument by internationally renowned concert organist Nathan Laube will take place on Sunday, Jan. 9, 2022 at 4 p.m. 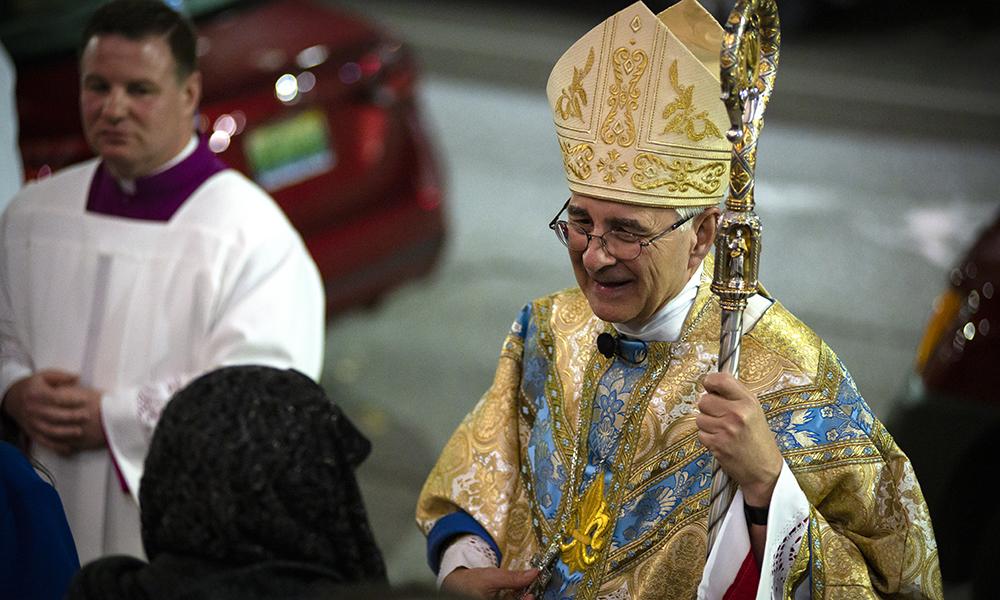 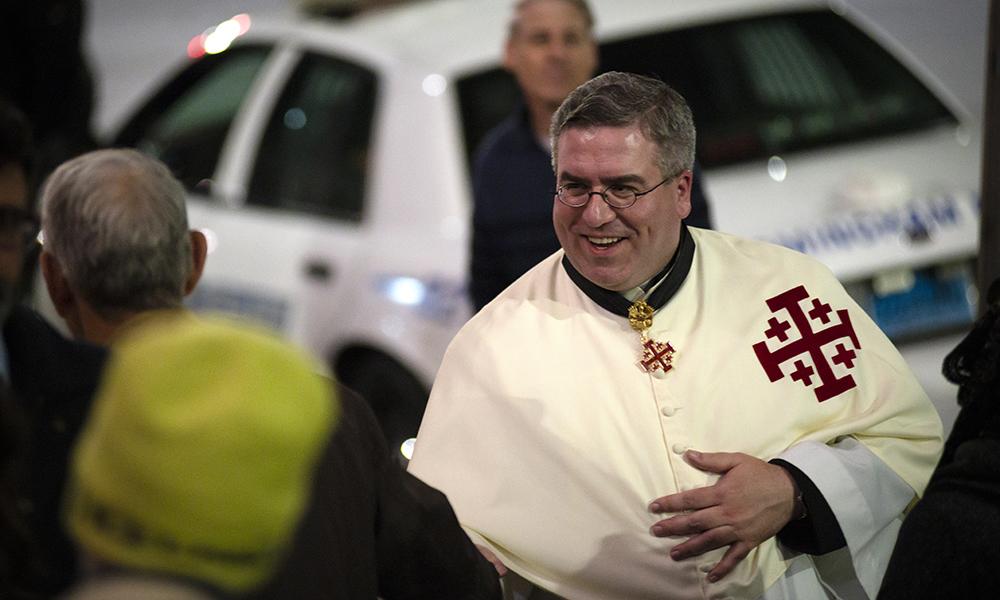 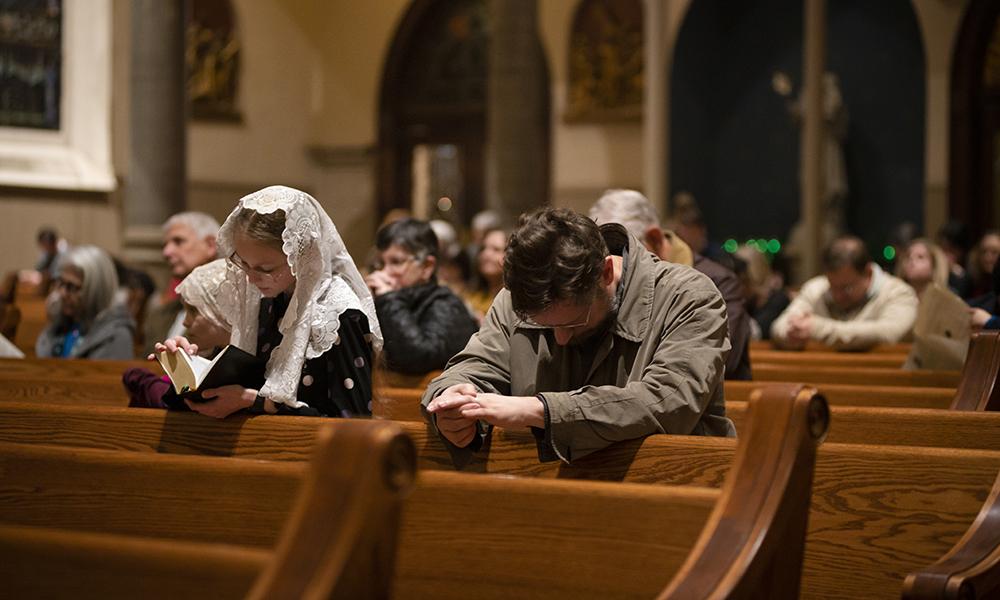 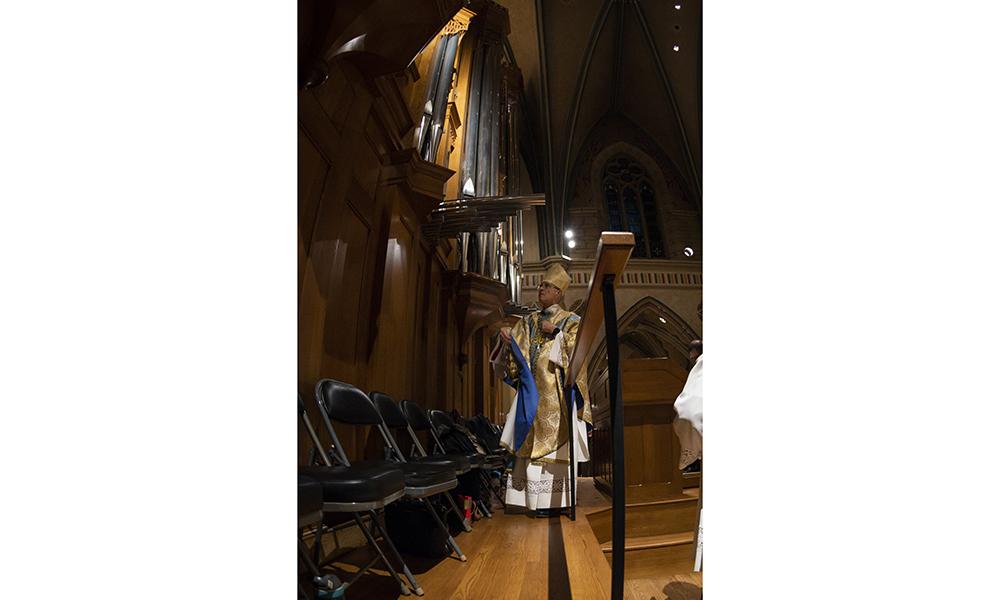 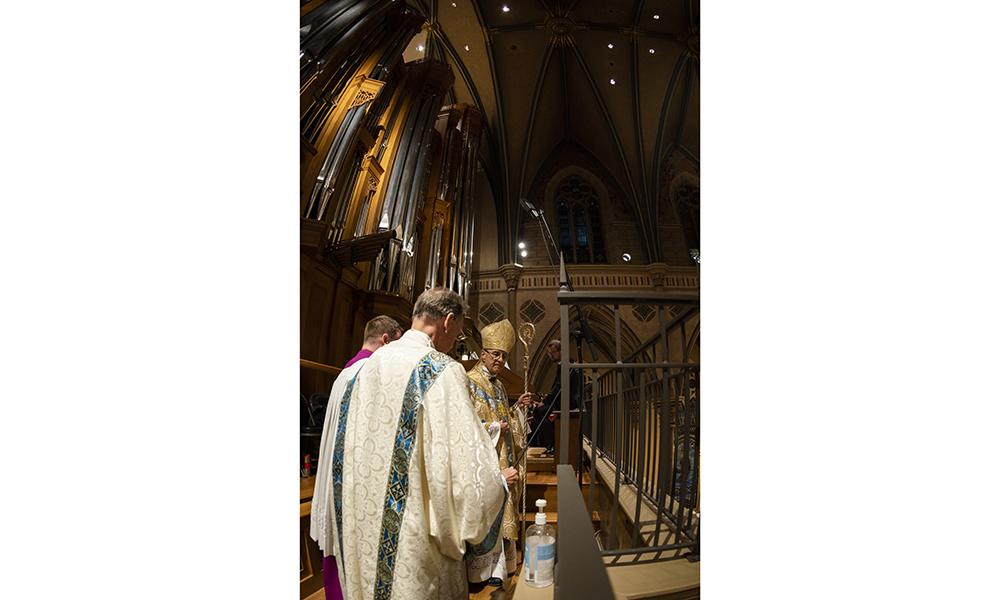 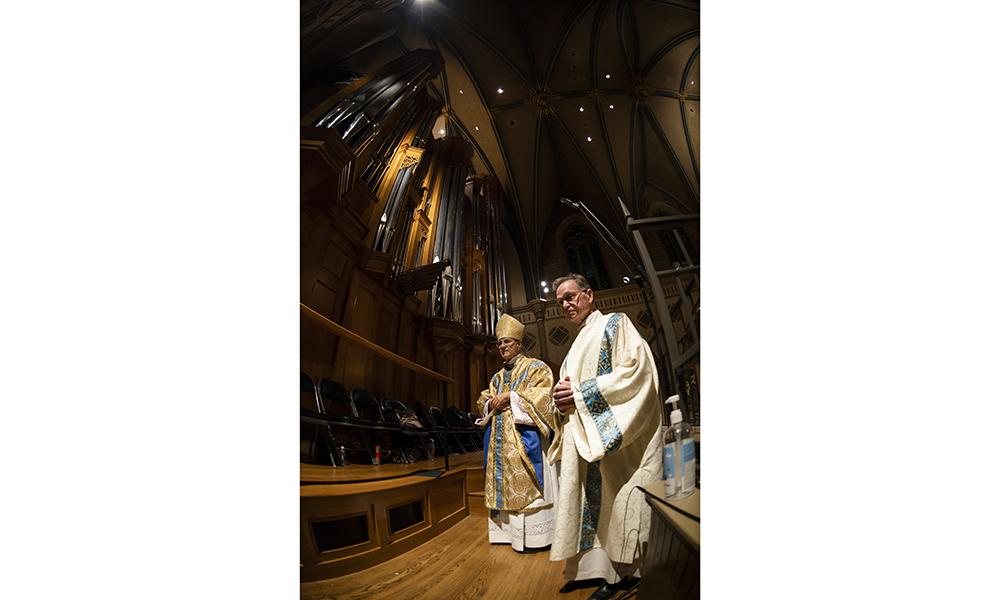 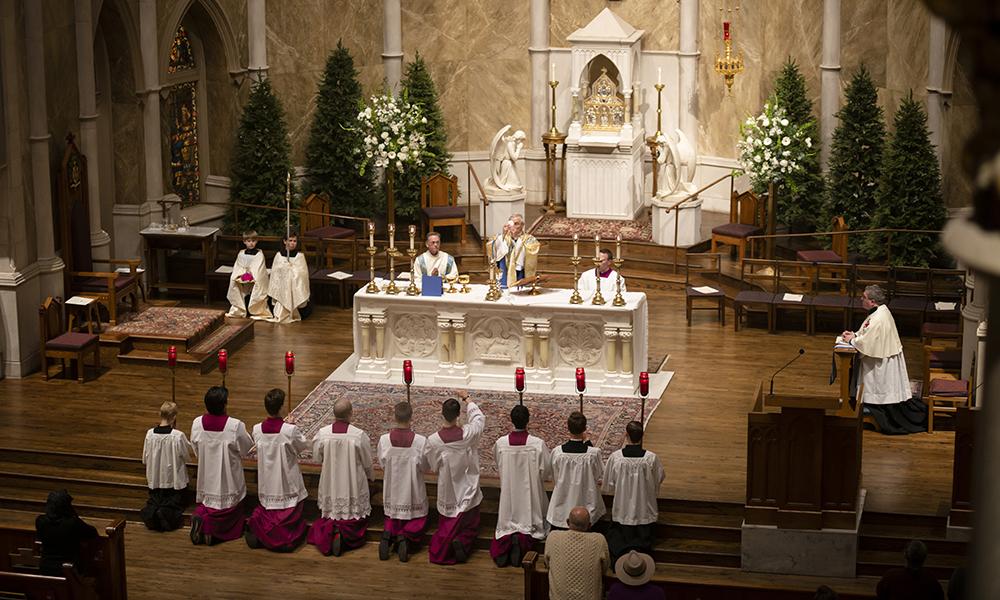 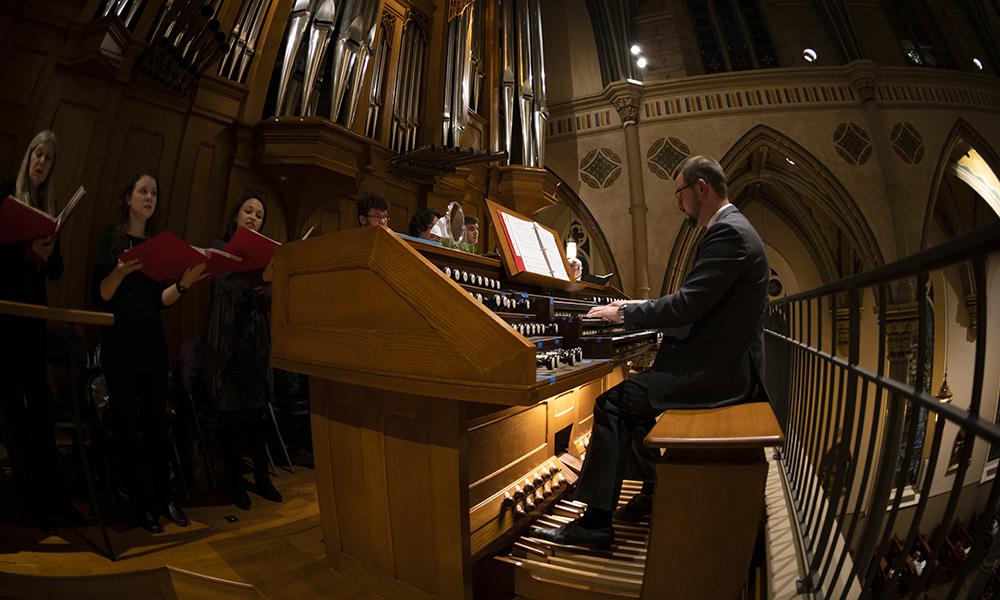 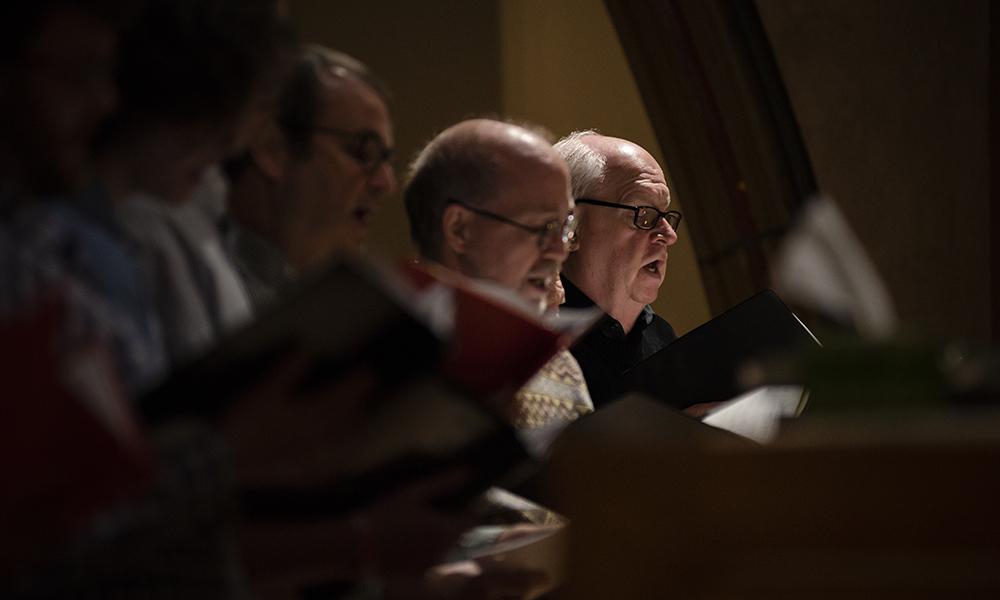 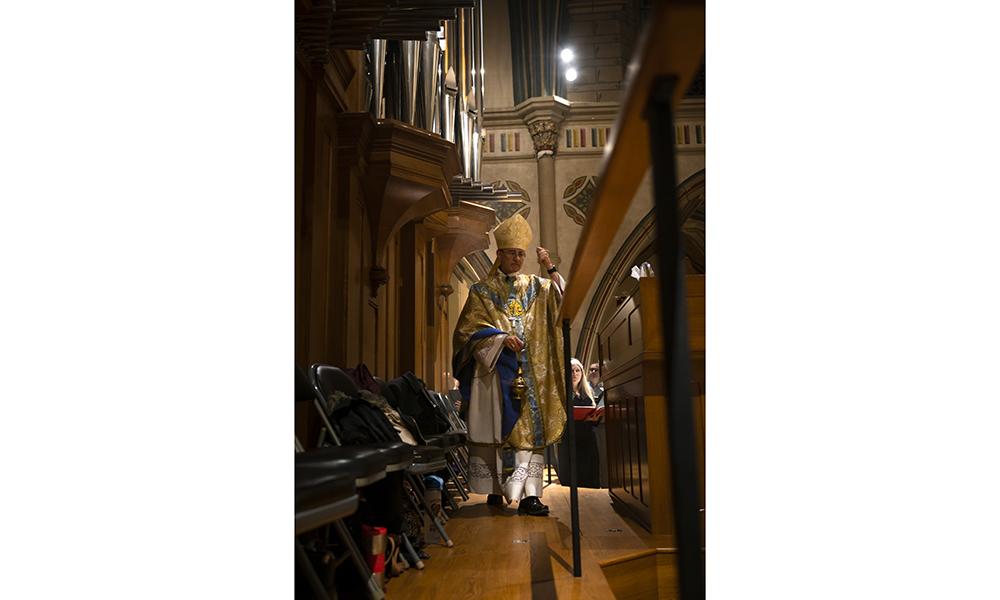 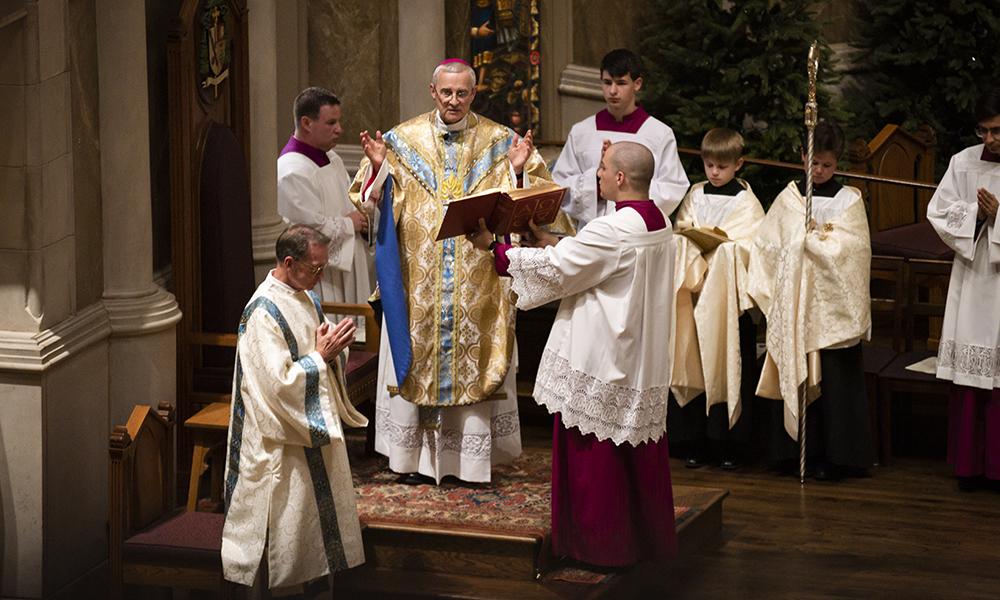 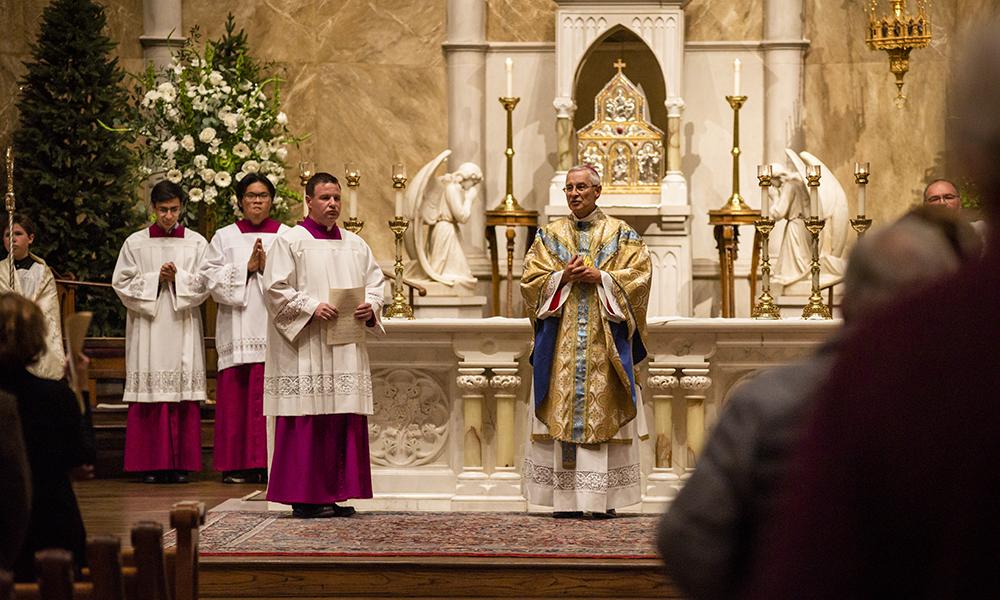 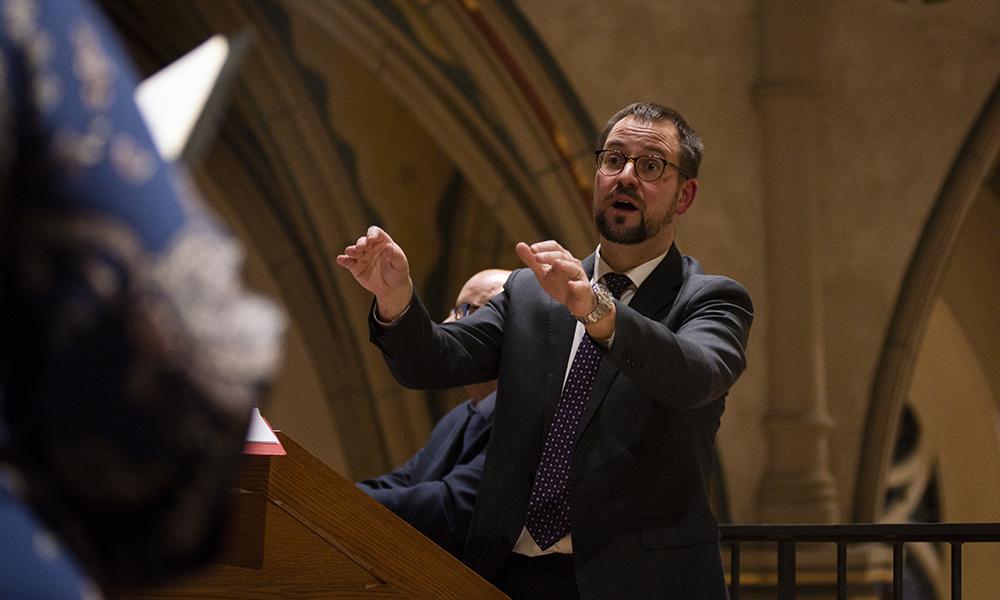 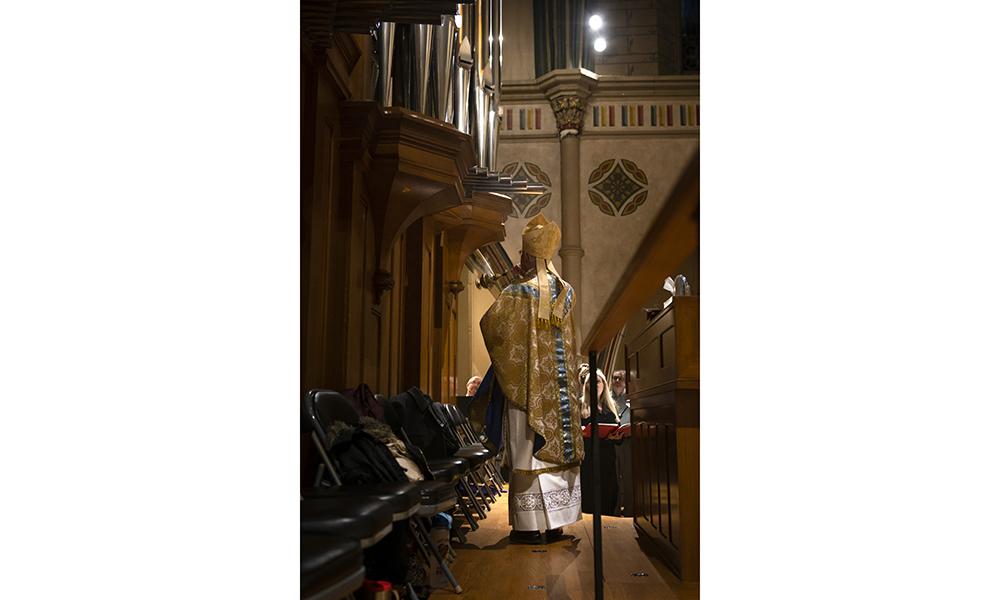